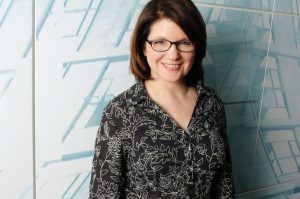 Bennett revealed in 2019 that she had been diagnosed with glioblastoma multiforme (GMB) – a complex form of brain cancer – and subsequently helped to launch OurBrainBank, which allows patients with the condition to track symptoms and assist with research.

Prior to that, the US-born exec had been a major TV figure on both sides of the Atlantic for the past three decades.

She initially worked across programming and production for the BBC during the 1990s, before joining Discovery as GM in 1999, a role she held until moving back to the UK public broadcaster in 2002 as director of BBC Television.

She stayed in that role for eight years, during which she launched shows including Top Gear and Come Dancing, then moved to commercial arm BBC Worldwide (now known as BBC Studios) as president of worldwide networks.

During that tenure, Bennett oversaw the launch of the global BBC iPlayer in 16 territories outside the UK, before moving onto A+E Networks to oversee FYI and then History.

She stepped down from A+E in 2017, and launched prodco JebRoc Media out of London and New York soon after, before landing at OZY Media in 2019 as a senior adviser and executive-at-large.

Bennett is survived by her husband, Richard Clemmow, and two children.