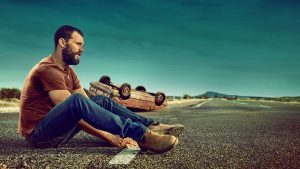 The BBC iPlayer experienced a record-breaking festive period, the broadcaster has announced.

The catch-up service streamed 141 million programmes during New Year week (27th December-3rd January), up 6% year-over-year. This was followed by a solid start to 2022, with programmes streamed a massive 143 million times on iPlayer during the first week of the year.

January 2 represented the iPlayer’s ‘best festive day’ ever with 22 million streams, attributed to the Jamie Dornan-starring The Tourist which has become the iPlayer’s third most successful drama launch of all time.

The period of December 21-January 3 was dominated by drama viewing on iPlayer, with popular titles including A Very British Scandal (2.3 million streams), The Girl Before (1.6 million) and Eastenders, with the soap streamed 15.9 million times during the windsor.

Charlotte Moore, BBC chief content officer, said: “2022 on the BBC has started with a bang with record viewing across Christmas and New Year on BBC iPlayer. Millions of people chose to watch our unrivalled range of box-sets and Christmas specials live on our channels, or binge on-demand across the festive season – paving the way for the BBC’s centenary, a landmark year that will look forward and celebrate British creativity across the whole of the UK.”