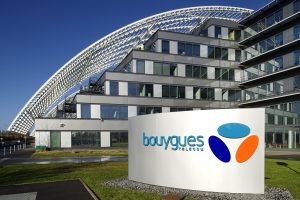 Torloting, who took over his new role on January 1, was previously deputy CEO of the telco.

In addition to these changes, Torloting has added three new names to his management board – Sandrien Brissart as HR director, replacing the departing Mylène Collin, Jean-Christophe Ravaux as director of business-to-business services and Régis van Brussel as director-general of the Résuau Club Bouygues Telecom with an enlarged remit covering the company’s physical distribution network.

The remainder of the management board comprises Laure Joslet, head of residential and professional customers and Chrystel Abadie Truchet, head of commercial and client, who both rise to assistant CEO status, and Jean-Paul Arzel, head of technology and network infrastructure and IT, who also becomes assistant CEO.

Arzel replaces Yves Legrand, who is leaving the company.