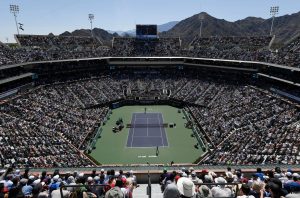 The Tennis Channel has announced a two-year rights deal with the Women’s Tennis Association (WTA) for Germany, Austria, Switzerland and the Netherlands.

The deal will see the Sinclair Broadcast Group-owned network serve as the primary rights holder for the WTA across the four countries, showing all WTA 1000, WTA 500, and WTA 250 events. In the Netherlands, WTA 1000 events will be first shown on Ziggo TV with the Tennis Channel broadcasting them on delay.

The deal is the latest announced between the WTA and the Tennis Channel, with the relationship going back to the network’s debut in 2003.

Ken Solomon, Tennis Channel president, said: “This is about opening the funnel to what makes tennis great to a far larger audience. This WTA deal will allow us to show in that part of the world the full continuity of the sport and every single [women’s] match that has a television camera on it. It’s an opportunity to see the sport as it really and fully exists, which hasn’t been available up to now outside of the United States. This is a watershed moment. What we are now able to do is leverage a world-class, scalable infrastructure,”

Micky Lawler, WTA president, said: “There are no limits to what they can do to tell the story of the game and its players. I remember thinking long before the advance of streaming and direct-to-consumer that it would be great to bring this to additional countries, and now it’s come full circle and is happening.”