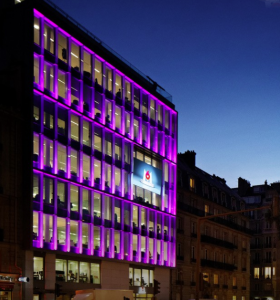 France’s competition watchdog, the Autorité de la Concurrence, has launched a procedure to sanction commercial broadcaster M6 over non-compliance with obligations undertaken at the time of the creation of Salto, the joint SVOD offering of the broadcaster, TF1 and France Télévisions.

According to the watchdog, M6 has failed to respect a commitment to provide a transparent, objective and non-discriminatory offer for the distribution of their channels.

The obligation, which was imposed on Salto’s three shareholders, requires them to offer the same conditions to all distributors, whether thye are telcos such as Orange, SFR, Bouygues and Free, satellite-based pay TV operators such as Canal+ or web services including Molotov.

While neither the regulator nor M6 have commented on the case, M6 is the only one of the three shareholders to only offer its channels to pay distributors, with no permission given to free-to-view players.

The Autorité de la Concurrence and the judiciary have in the past been unreceptive to free-to-view streamer Molotov’s arguments that it should have the right to distribute the channels of M6 and those of TF1 and France Télévisions.

Molotov was this week ordered by a Paris court to stop distributing M6’s channels and to pay a fine for infringing on the latter’s rights.