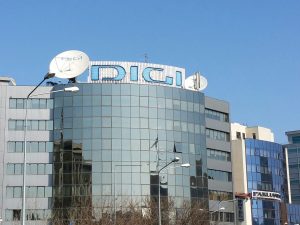 Romania-based pay TV operator Digi has signed a definitive agreement to sell its Hungarian operation to expanding IT and services outfit 4iG.

The transaction value of the deal is €625 million.

Last year, Digi’s subscribers in the Hungarian market numbered 1.1 million nationally, while revenue-generating units (RGUs) numbered over 2.5 million. The company is ranked as the second largest service provider in the broadband, pay TV and fixed telephony markets in the country by local regulator the NMHH. The operator launched a mobile service in 2019 that has coverage of 90% of the local population.

The sale is part of a new focus by Digi on its core market and new markets in western Europe – notably Spain, where it has emerged as a significant market disruptor.

4iG grew rapidly after firms owned by Lőrinc Mészáros, a close associate and childhood friend of Hungarian prime minister Viktor Orbán and now one of the country’s richest men, took a stake in it in 2018. Mészáros’ companies’ residual stakes were acquired last year by 4iG CEO Gellért Jászai, a close associate of the tycoon who already held a 40.2% stake in the company.

4iG has said that the purchase of Digi is in line with a stated strategic ambition to emerge as a major player in the telecom markets in the western Balkans as well as the second-largest player in its home market.

4iG, which recently agreed to acquire Israeli satellite operator Spacecom, owners of the Amos fleet of satellites, announced in August that it would merge Digi with state-owned platform infrastructure provider Antenna Hungária, in which 4iG will invest and acquire a majority stake, creating a joint-venture structure with the Hungarian state.

The company said that the moves would create a new regional telecom holding company that owns Antenna Hungária, Digi, Invitel, Invitech and AH Net in Hungary and plans to expand via acquisition across the Western Baklan region.

“Hungary is a market where we have been operating for most of our lives. We built there, together with the local team, a business that we are very proud of and which is one of the largest, most technologically advanced and most successful operators in this market. However, given the reorientation of our strategy to Western European markets, it is time to let our 4iG partners continue this beautiful story and we are confident that they will continue our work and enhance the success of this operator,” said Sergei Bulgac, CEO of Digi Communications NV

“The acquisition of Digi is a significant strategic step forward for our company in several ways. Thanks to a successful agreement with RCS & RDS Media Group and our recent domestic and international acquisitions in the telecommunications industry, we have laid the foundations for a new regional telecommunications group over roughly the past year,” said 4iG in a statement.