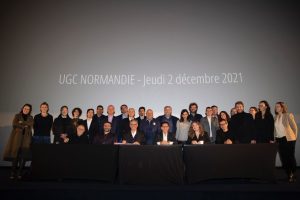 French pay TV giant Canal+ has made peace with the country’s film industry in a landmark deal that will see it commit to invest €600 million in film production over the next three years in exchange for a loosening up of the current strict theatrical windowing regime.

Canal+ and leading cinema organisations BLIC, BLOC and ARP agreed a deal whereby the pay TV outfit will invest €600 million over the next three years in French and European movies that will air on the Canal+ and Cine+ services.

Canal+ will benefit from an advanced window to begin six months after movies are released theatrically, down from eigh months currently, with an exclusive window of at least nine months to distribute them and a second window of up to 16 months.

The signatories of the deal called for their members to adopt the new proposed windowing and asked for changes in regulations to enable the deal to be implemented.

The agreement means that Canal+ will remain the chief source of finance of French film, and its commitment will be reportedly independent of the commercial performance of its channels and the number of subscribers they attract. The proposed new windowing regime will kick in at the beginning of next year.

The €600 million commitment excludes the direct investment made in movies by Canal+’s own StudioCanal unit.

The agreement comes at a time when US studios are increasingly reserving their own movies for their own proprietary streaming services, meaning that rights to domestic movies are becoming more important as a differentiator for Canal+.

US streamers will themselves be forced to help finance local content creation, including film production, from next year under France’s implementation of the European Audiovisual Media Services directive. In return they are likely to be given permission to air those movies sooner than the current three years after theatrical release to which they are restricted.

Platforms such as Netflix are expected to be able to distribute films 15 months after their theatrical release.