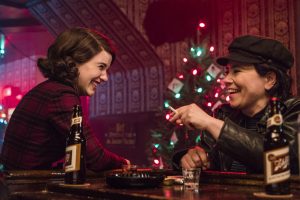 Telefónica’s pay TV service Movistar+ and Amazon have consolidated their partnership to include Amazon Prime Video in the user experience of the Movistar+ platform.

The integrated offering is being launched in a progressive implementation to be completed on November 24.

Movistar+ customers with a Prime subscription will be able to access Prime Video easily without leaving the service, with both the application and the content of Prime Video added to the Movistar+ offering.

Customers of Movistar+ with the UHD set-top will be able to access the Prime Video catalogue through the decoder’s  interface, either in its various sections or using the search engine.

This new partnership between Movistar+ and Prime Video joins those the former has already established with streaming services such as Netflix, Disney+, and DAZN, and Spanish operators  LaLigaSports TV, ATRESplayer Premium and Mitele.

Cristina Burzako,  CEO of Movistar+ said: “With the inclusion of Prime Video we are fulfilling our goal of offering our customers the best possible content proposition, encompassing both our own and other operators’ content, as well as providing them with simple and convenient access via a single gateway”.

Barry Furlong, VP, Prime Video Europe, said. ““We are delighted to offer the Prime Video experience to Movistar+ customers across Spain. Our goal is to extend Prime Video’s broad catalogue of Amazon Original and Exclusive series and movies to a wide audience, and Movistar+ is a great partner to bring us closer to that objective”.