Announced at an event in Greenwich, London, Sky Glass is a range of smart TVs which integrate the full Sky experience into the device over WiFi with no requirements for a satellite dish – also a first for the company in the UK. (Sky offers a streaming-only version of Sky Q in Germany, but this product is unavailable in other markets.) The devices are designed and built in-house by Sky.

The smart TVs will also be made available to Sky customers as an add-on at £13-, £17-, and £21-per month for the Small, Medium and Large respectively. 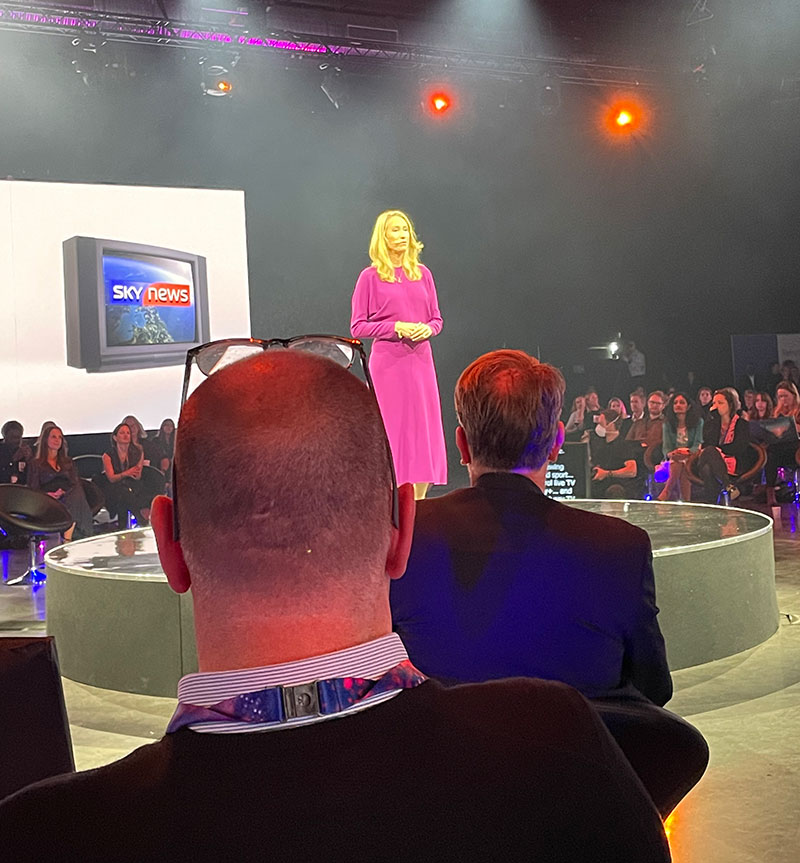 Speaking at the event, Sky Group CEO Dana Strong told attendees that “the streaming revolution has brought a world of challenges,” and that viewers “spend more time looking for content than watching it.” She added that Sky Glass is “what people across Europe have been waiting for.”

Sky Glass fully integrates the Sky experience into the TV, with a UX that is instantly familiar to Sky Q users, albeit one that has been modernised and refreshed.

In addition to all the core features of Sky Q, Sky Glass presents quality of life improvements including a new TV guide which presents users with tailored recommendations and a banner at the top to restart ongoing suggested shows and movies.

Sky Glass is also the company’s clearest move towards content aggregation, with the new Playlist feature being a standout. Via voice command or a new ‘plus’ button on a redesigned remote, users can add shows and movies to a content playlist which pools together shows and movies from a variety of different sources.

This was highlighted by Fraser Sterling, Sky’s chief product officer, who showed how adding a show being broadcast live on Sky will present all available sources of that show across available streaming apps – including when shows may have multiple seasons split across two or more separate apps.

In addition to presenting the technical aspects of both the hardware and software, Sterling also presented a new webcam attachment that will launch in Spring of 2022. This will allow users to video chat with friends and family, engage in watch parties where content is synced up between the users and use an upcoming Sky Workout platform which will give users a virtual trainer for recommendations and motivation. 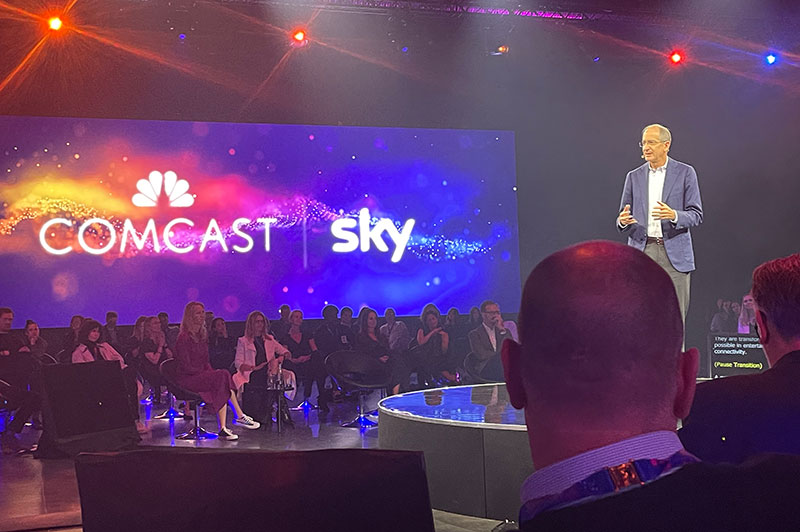 Summarising the event and product launch, Comcast CEO Brian Roberts told attendees that “I love seeing new products early as they’re getting created,” before describing Sky Glass as a “unique and extraordinary product.”

He added that “We already have nearly 75 million devices running on the Sky platform presenting 5 billion entertainment streams per week,” and that Sky Glass will build on Sky Q’s status as “the most popular video product in Europe.”

He said: “We’ve got the technology and the people committed to making it happen.

Today is a proud day for me and everyone at Comcast and Sky.”

Roberts also praised the leadership of Sky CEO Dana Strong, who he described as “the ideal person to have at the helm leading Sky into the future.”