Viaplay to launch in the UK, Germany and Canada 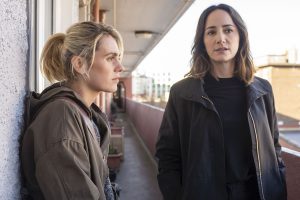 Nordic streamer Viaplay is to launch in the UK, Germany and Canada over the next two years.

The Nordic Entertainment Group (NENT Group)-owned streamer will be rolled into the UK in the second half of 2022 followed by expansion into Canada, Germany, Austria and Switzerland during 2023.

NENT has also set itself new subscriber targets, aiming for 12 million Viaplay subscribers by the end of 2025, up from an original target of 10.5 million.

Around 6 million subscribers are now expected to come from international markets, compared with the original target of approximately 4.5 million.

At launch, Viaplay’s offering in the five new markets will comprise Nordic, local and international series, covering films, documentaries and kids content, both original and acquired.

Originals will be “a cornerstone” of the streamer’s international offering, NENT said, and selected sports rights may be acquired for some of the new European territories.

Viaplay is premiering at least 40 original productions in 2021, with shows on the slate including UK-set Red Election, the recently announced Hilma, First Responders, Billy The Kid, Who Shot Otto Mueller? and Sisterhood.

The Nordic firm has also sold most of its production assets, selling NENT Studios UK to All3Media and its Nordic unscripted production interests to Fremantle.

NENT has been bullish in its growth plans for both Viaplay and its expansive originals strategy, with the streamer recently launching in Estonia, Latvia, Lithuania and Poland.

Upcoming launches in the US and the Netherlands are also in the works, and NENT said the cost of its international roll-out would be fully funded following its SEK4.35bn equity raise completed in February 2021.

The streamer became the biggest revenue raiser for NENT for the first time in July, having added 140,000 subscribers in Q2, which includes 27,000 subscribers from outside Scandinavia.

Anders Jensen, NENT’s president & CEO, said: “We have acquired virtually all of the international sports rights that we targeted and for multiple cycles in several cases; added one more market to our roll-out ambition; signed innovative partnership agreements; and raised the bar when it comes to our investments in original content.

“As a result, we are increasing our subscriber and revenue growth targets, as well as our target profitability levels. We are investing more short term to create even higher long term returns due to the considerable operating leverage that this creates.

“We are investing in this growth right now, in order to capitalise on the opportunity created as the shift to streaming video consumption continues to accelerate, and demand for high quality and locally relevant stories increases.”