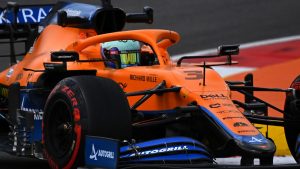 Spanish competition and markets regulator the CNMC has demanded that Telefónica change the terms of its agreement over Formula 1 with sports streamer DAZN to meet obligations it undertook at the time of its acquisition of pay TV operator DTS/Sogecable.

Telefónica agreed in January this year to sub-license Formula 1 rights to DAZN and to carry the latter’s dedicated channel covering the sport.

To secure a green light for its 2015 acquisition of DTS, Telefónica agreed to make premium services, including sports, available to competitors, with the costs determined by a regulated formula.

The agreement between the telco and DAZN sees the rights to 2021-23 Formula 1 competition sub-licensed exclusively to the streamer and then made available via DAZN’s own channels on a non-exclusive basis to Telefónica. Telefónica then packages the DAZN service in its own OTT packages and sets terms under which these packages can be acquired by third parties.

According to the CNMC, the agreement, by establishing a formula under which third parties can contract Telefónica’s OTT offerings that include DAZN’s channels, breaches the terms of the 2015 authorisation.

In particular, the agreement could lead to a reduction of the offering that Telefónica makes available to other operators and a restriction on agreements that DAZN could strike with these operators on its own, according to the watchdog.

Telefónica will now have to alter its agreement in a way that ensures DAZN has access to its Formula 1 rights in a non-discriminatory way. The way DAZN’s subscriber count is calculated must be modified to ensure it meets the terms of a ‘guaranteed minimum cost’ formula used to calculate how Telefónica’s content is licensed to third parties, and the clause in the agreement that limits how DAZN may contract its services to third-party operators must be eliminated.