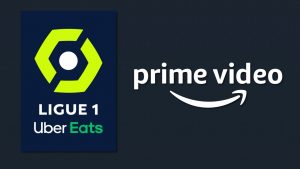 Amazon has launched its vehicle for French top-tier football. The service, called Le Pass Ligue 1, is available on the web and mobile via the Amazon Prime Video app and on the Freebox TV service thanks to a partnership with service provider Free.

The service enables subscribers to watch up to eight matches per match-day exclusively on the platform. It is available exclusively to Amazon Prime subs for a supplementary charge of €12.99 a month. Freebox TV customers that are not Prime members can access the service by subscribing to Amazon Prime at a discounted rate of €5.99 a month, with the first 30 days free of charge.

Free is also marketing its own ‘near-live’ highlights service. The telco is offering Free Ligue 1, which provides access to highlights and is included in the company’s Freebox and mobile plans.

The launch of Amazon’s offering, which covers 80% of Ligue 1 matches, comes as the legal battles involving the professional football league, the LFP, pay TV operator Canal+ and the latter’s onetime Ligue 1 partner beIN Media move to the next stage.

This Thursday the Nanterre commercial court will make a ruling on the validity of sublicensing contract agreed by Canal+ with beIN to air the two matches per matchday that the latter secured under a previous deal with the league.

BeIN sought court protection under a conciliation procedure after the LFP moved to secure payment for the matches, for which BeIN is owed by Canal+ as the sub-licensee. The ruling on Thursday relates to the latter’s failure to make the initial payment for these.

A separate ruling is also expected related to the LFP’s attempts to oblige beIN Sports to respect the terms of its contract.

The three-way legal battle came about after Canal+ decided to boycott the Ligue 1 matches after the LFP re-sold the bulk of rights to Amazon at a knock-down price following previous licensee Mediapro’s failure to pay and decision to withdraw from the market.