Smart TVs to become the majority within five years 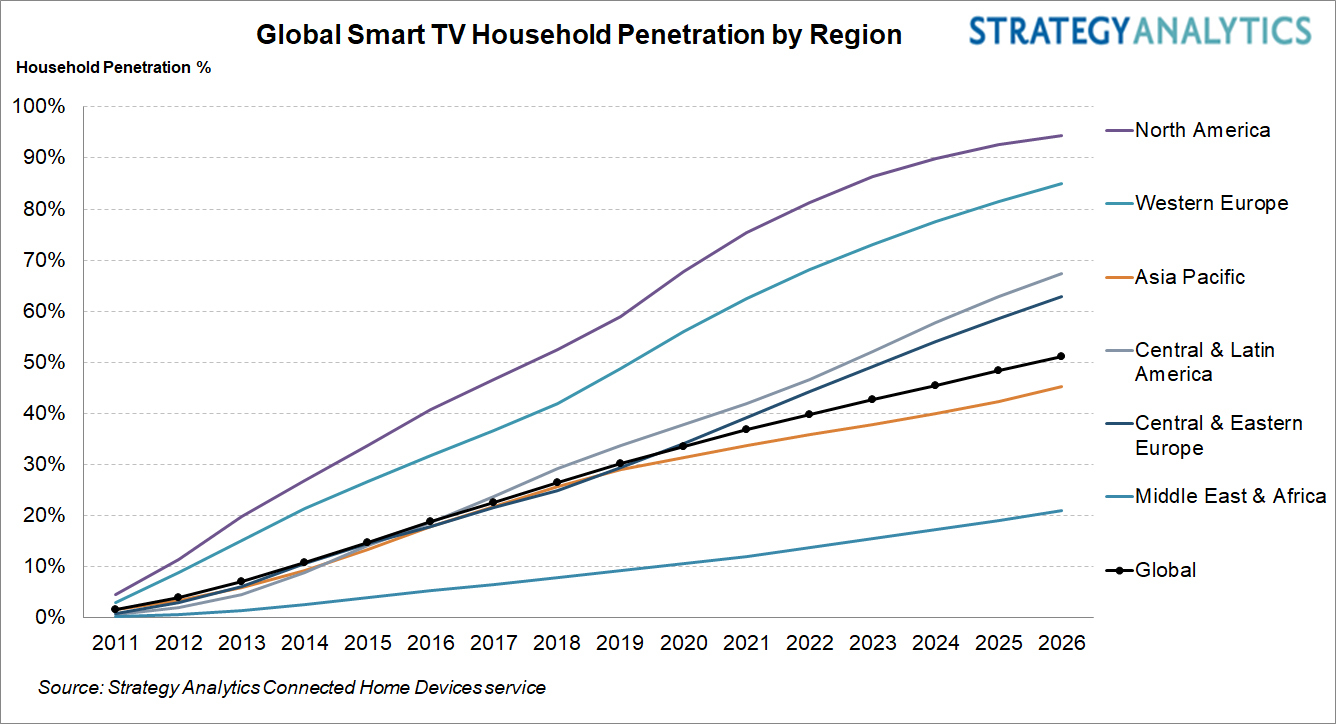 Smart TVs are set to become the majority globally by 2026.

New figures from Strategy Analytics note that smart TV ownership will reach 1.1 billion homes – 51% of all households – by 2026.

While internet-connected sets are now the default in many developed markets like the US and the UK, only 34% of global households (665 million) had smart TVs by the end of 2020. Smart TV sales increased by 7.4% in 2020 to reach 186 million units and account for 79% of all TVs sold.

Samsung was the leading manufacturer for the ninth year in a row in 2020, while TCL climbed above LG and into second place for the first time.

Edouard Bouffenie, Senior Analyst, Connected Home Devices at Strategy Analytics, said: “Smart TV is a standard fit feature of most flat panel TVs sold today and so smart TV household penetration will inevitably continue to grow as consumers replace old sets with new modern smart-enabled versions,” says “As smart functionality is no longer a point of differentiation but has become a check box necessity, smart TV manufacturers have had to make a choice between maintaining their own software and application ecosystems or licensing a software platform from a third-party partner. While many have decided to partner with the likes of Google’s Android TV and Roku in order to avoid the ongoing costs of maintaining their own platform, several brands including Samsung, Vizio and LG are going it alone and are looking to capitalize on the fast growing Connected TV advertising business.”