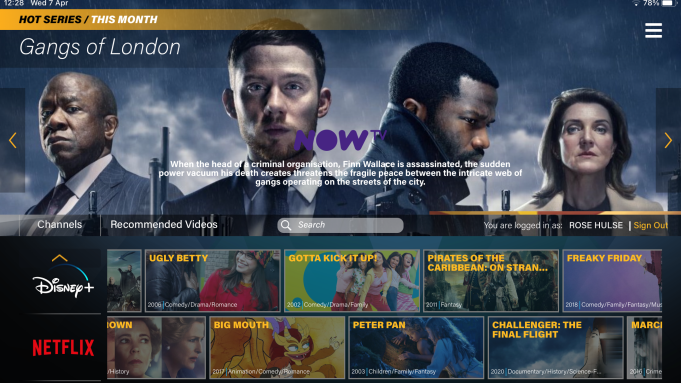 The app, which allows users to integrate and manage their streaming subscriptions, AVOD and live channels, is now available on iOS, Android TV, Chromecast and Amazon Fire Stick.

At a time of ever growing content fragmentation and a seemingly endless array of streaming services, ScreenHits TV sets out to show users what is trending and a traditional-style EPG within a single platform.

The app initially is launching in the US and UK, with plans for a rollout to 23 countries over the next year. The company also said that it plans to roll out native Apple TV, LG, Vizio and Roku apps at a later date.

CEO of ScreenHits TV, Rose Adkins Hulse said: “As more and more consumers are transitioning from traditional TV consumption to app TV, there is no better time to introduce a platform that lets consumers organise and arrange their streaming subscriptions as channels in the way they have become accustomed to. Also, with the opportunity to now view live TV and to consume recorded content (VOD) online, it makes it easier for consumers to integrate all their channels and streaming services into one curated app.”