German kids channel provider Your Family Entertainment is to launch an online app for its RiC channel. RiC+ will launch in the third quarter of 2021 in cooperation with BiDa Group. 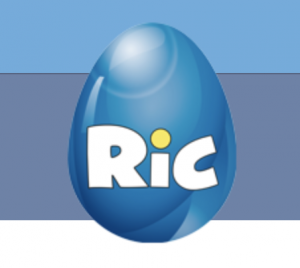 YFE said that the new app would be continuation of the TV channel RiC TV and would be available in the Apple Store as well as the Google Play Store.
Web development agency SocialBiDa will provide its expertise in app development to deliver YFE’s children’s and family entertainment.

RiC TV has been available in German-speaking countries for the last 10 years, with about. 33 million households receiving the channel. The service can be accessed via cable and satellite, IPTV, live streaming, YouTube, and mobile TV.

Austria’s largest commercial broadcaster ProSiebenSat.1 Puls 4 markets the channels exclusively in Austria and is also looking forward to the expansion of the linear offering, YFE said.

RiC+ will include educational games and other edutainment content. Your Family Entertainment said it will enter into various co-operations with platform partners in the future. The launch of RiC+ will take place in September, with the app being available for download in the Apple Store and the Google Play Store.

Eden Biniaurishvili and Danell Daral, founders of SocialBiDa, said: “We are excited to work with Dr. Stefan Piëch and Your Family Entertainment AG to develop a product that gives children and parents a safe environment to watch educational and non-violent content.”
Stefan Piëch, CEO of Your Family Entertainment AG, said: “Smartphones and apps are now an integral part of everyday life for most families. Just as the channel RiC TV distributes engaging entertainment under the motto ‘Immer RiChtig Cool’, RiC+ will now expand the offering to include gaming and VoD in a family-friendly way.”