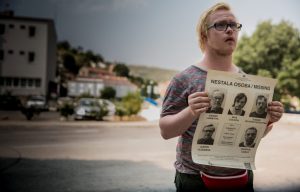 A+E Networks has taken a 35% stake in Reel One Entertainment, the Canadian producer-distributor majority owned by TF1-owned French group Newen.

The deal, which will see Newen remain the majority owner of the firm, is designed to help Reel One to expand production and distribution in North America, as well as increasing more TV content.

Reel One, which was founded by Tom Berry in 2001, produces an array of TV movies and series. Its slate includes a remake of Belgian drama Tygat Chocolat, a high-end adaptation of the Philip K Dick novella Second Variety and Israeli drama Band Of Spies.

Berry has extended his contract as CEO and will continue to lead Reel One, which has its HQ in Montreal and also operates offices in LA, London and Buenos Aires. The Reel One board now also includes four representatives of Newen, two representatives of A+E Networks, and Berry.

Romain Bessi, MD of Newen, said: “Many opportunities will arise from this partnership in the years to come under the inspired leadership of Tom Berry. Reel One’s activity has been growing a lot in recent years and will expand even further with A+E Networks now on board.”

David Bank, EVP of corporate development & strategy at A+E Networks, added that the deal “underscores our confidence in their business and will accelerate A+E Networks’ global distribution of premium content to enhance our market share and serve fans around the world.”

Newen had taken full control of Reel One in 2019 – a deal that marked its first concrete move into the English-speaking market– having previously acquired the likes of Denmark’s Nimbus, as well as Dutch formats firm Tuvalu, Dutch feature film and drama producer Pupkin, and Belgian drama outfit De Mensen.

The French firm has been increasingly active on the M&A front recently, including taking a majority stake in El Cid prodco iZen Group and a minority interest in Alberto and Jorge Sánchez-Cabezudo’s company Kubik Films.

The company also revamped its sales division, Newen Connect, and now offers a library of 6,000 hours and 1,000 films, following the integration last year of TF1 Studio.Philippe Levasseur, head of international at Newen Group, told TBI in May that the company is also looking for German and Italian prodco acquisitions.