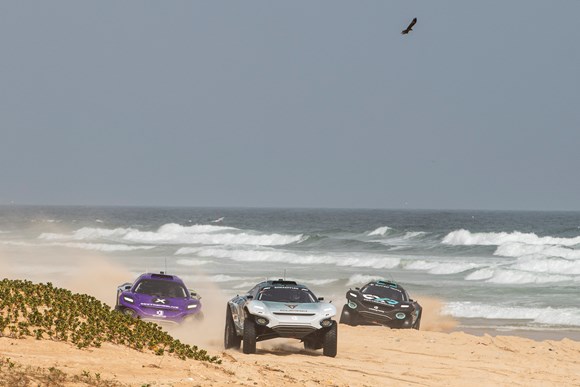 The nascent off-road competition will see its X Prixs, race highlights, review, preview and magazine shows broadcast on linear channel Motor TV in both English and Russian. Coverage will also be viewable on digital platform, ru.motorsport.tv.

The inaugural X Prix took place in Saudi Arabia in April, followed by the Ocean X Prix in Senegal at the end of May. The next event is the Arctic X Prix in Kangerlussuaq, Greenland from August 28-29.

Ali Russell, Chief Marketing Officer at Extreme E, said: “Extreme E is delighted to be reaching Russian audiences through Motorsport TV. Russia is a hugely important region for our series and coupled with the fact that there is an increasing interest in the EV sector here, makes me even more pleased to be bringing viewers our unique and thrilling electric racing package.

“By shining a spotlight on the environmental crisis through our sport for purpose series, we hope to not only raise awareness amongst audiences, but also highlight changes that can be made to live a less carbon-intensive lifestyle and protect our planet.”

Ksenia Bortova, Editor-in-Chief at Motorsport TV Russia, said: “We are very happy to broadcast Extreme E on our TV channel and spread the word about this amazing new championship to the Russian-speaking audience. I am sure that such a project will attract the attention of Russian fans and ecology supporters. It is clear that the topic of ecology and green energy is amongst the most important all over the world now while Russia covers about one-eighth of the world’s land surface.”