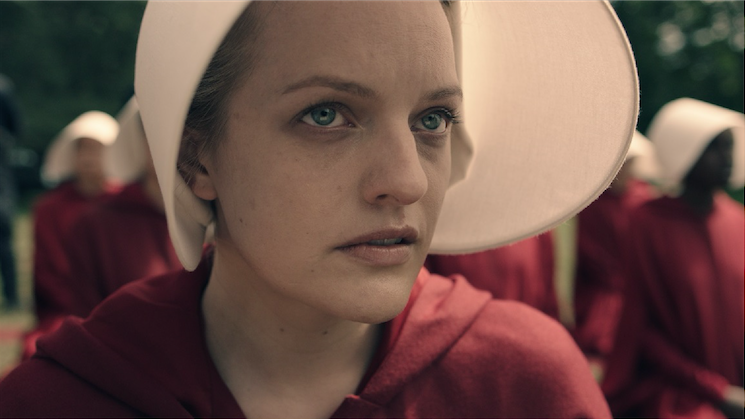 Hulu’s dystopian drama The Handmaid’s Tale has topped Parrot Analytics’ originals in-demand chart for the week ending May 30 in Sweden. 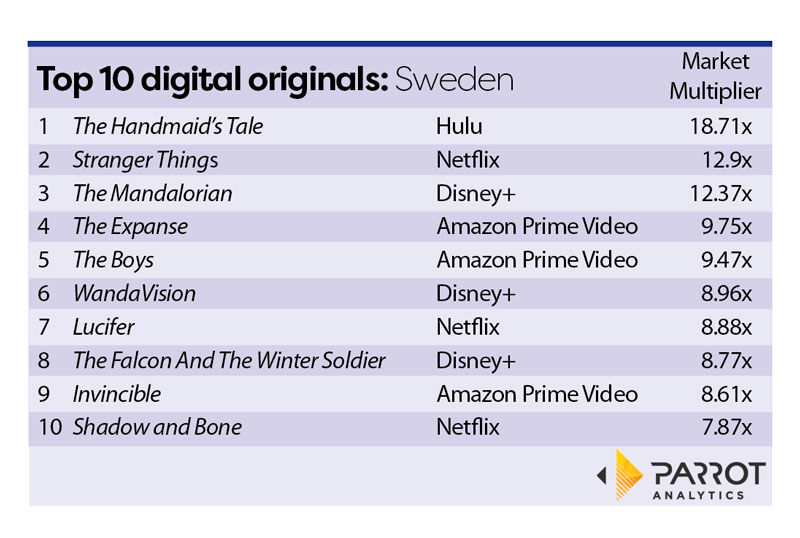 The Elizabeth Moss-starring Handmaid’s Tale was the most in demand original in the Scandinavian country with 18.71 times the demand of the market average. While the show continues to be a hit with fans, no other Hulu originals make the chart.

Hulu’s parent company Disney however is not likely to mind, as three shows from its family-oriented international streamer Disney+ make the top ten. The Mandalorian is in third with 12.37 times the demand of an average show, while Marvel series WandaVision and The Falcon and the Winter Soldier are in third and eighth respectively.

Netflix and Amazon Prime Video both have three entries on the list. Netflix’s Stranger Things proves to be evergreen in second place, while Lucifer and newer show Shadow and Bone are in seventh and tenth. For Amazon, its charted hits are The Expanse in fourth, The Boys in fifth, and Invincible in ninth.