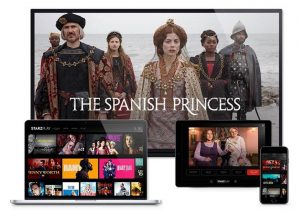 Lionsgate-owned streaming service Starzplay saw a 70% rise in its subscriber base in the year to March, taking the total for the service to 8.6 million with an expanded global footprint.

Speaking to analysts after Lionsgate announced its fiscal year-end numbers, CEO Jon Feltheimer said that “Starzplay’s international expansions would continue to be based on offering  “a targeted premium service, not a broad general entertainment platform, one that can sit on top of other platforms, and one that is defined by its exceptionally curated competitively price premium grown up content”.

Overall the Starz streaming and pay TV offering grew subscribers by 23% year-over-year to March, ending the year 29.5 million global subscribers at year end, excluding close to one million subs from US Spanish-language streaming service Pantaya. Lionsgate sold its 75% stake in the latter, launched in 2017 as a JV with Hemisphere Media Group, in April for US$124 million in cash.

Feltheimer said that the overall OTT base grew by three million sequentially, or by 22%, including Starzplay Arabia. Starz domestic OTT subs grew by 5%, while Starzplay International grew its OTT base by 104%.

Feltheimer said that 16.7 million of Starz’s global subscriber base are streaming subs, exceeding the company’s fiscal year-end target of 13 to 15 million “and taking us past the digital inflection point of more over the top than linear subscribers”.

Starz surpassed 10 million streaming subs in the US, up 47%, with 80% of domestic subs now on OTT or à la carte plans, as well as growing its international business.

Feltheimer said that the company planned to ramp up its scripted series slate for Starz by 70% through 2022, including new seasons of Outlander and Ghost and news series Blindspotting, Heels and Shining Vale.