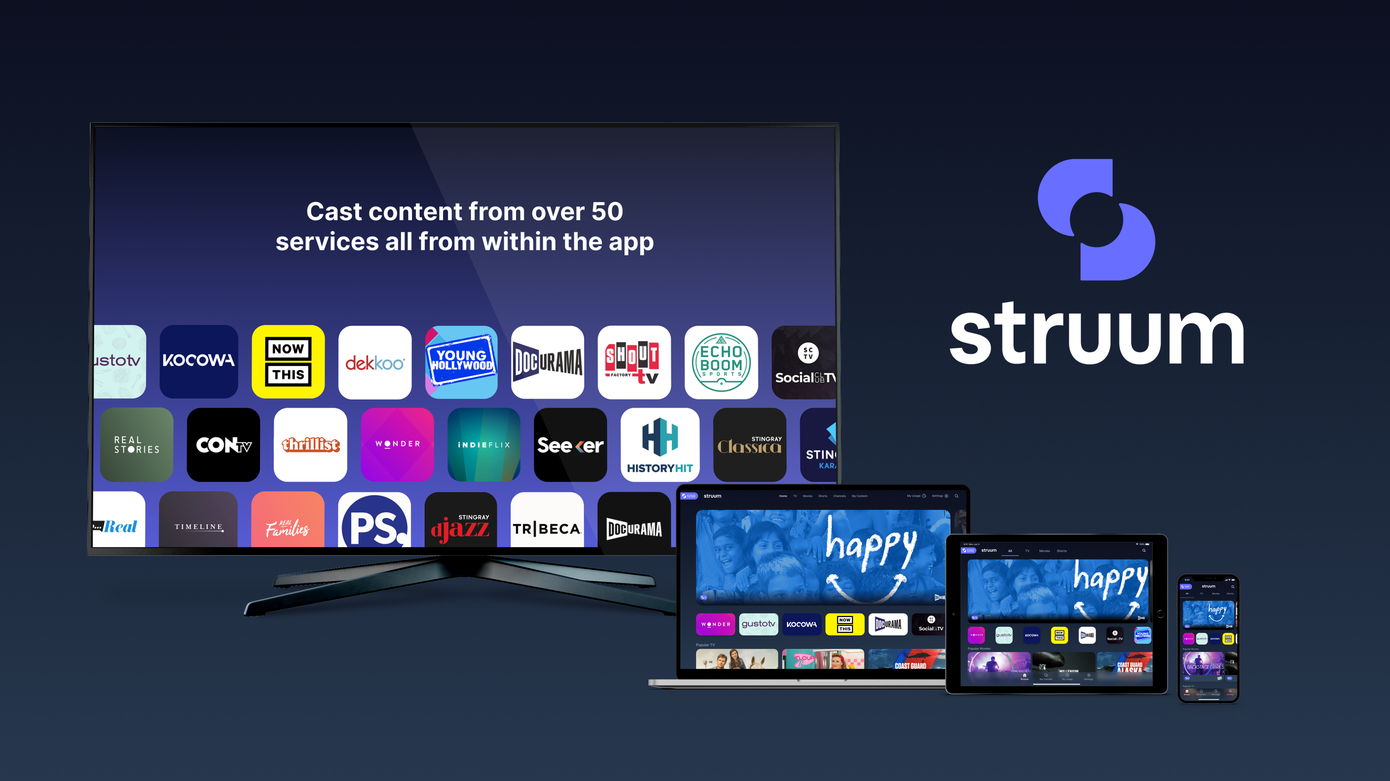 Struum has launched in early preview.

The new streaming platform from a number of former Discovery and Disney execs was announced earlier this year, and plans to apply the ‘ClassPass’ model to the streaming industry. ClassPass is a US fitness company that aggregates memberships to different gyms and classes through a single monthly subscription.

The goal of Struum is to provide smaller streaming services with greater exposure, with initial partners including the likes of Magellan TV, Young Hollywood, Cheddar News and Cinedigm.

End-users pay a flat US$4.99 per month subscription fee to access the app, which in turn gives them 100 ‘credits’ to watch shows and movies on the app. If users are particularly keen on a service they have sampled, they can subscribe to it directly through Struum, in a similar manner to how the likes of Amazon, Apple and Roku operate their channel businesses.

The app itself is initially launching via early preview on iOS and web with support for AirPlay and Chromecast, while expansions to Android, Apple TV, Android TV, Amazon Fire TV and Roku are planned for the summer.