Former Eurosport Player head in as CEO at Motorsport.tv 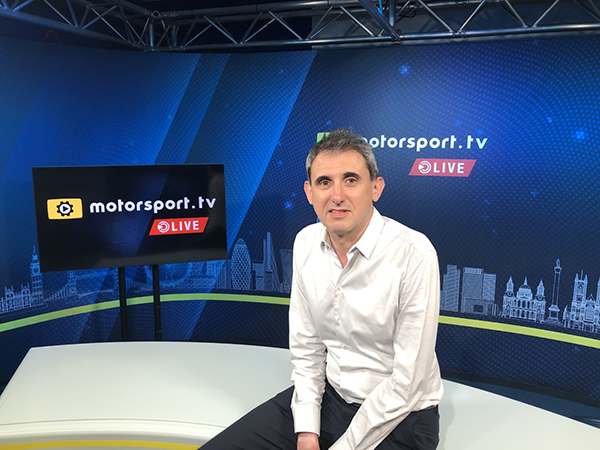 Motorsport Network has announced the appointment of industry veteran Simon Danker as the CEO of its Motorsport.tv OTT platform.

Danker is well known in both the broadcasting and sports worlds, having worked as the head of Eurosport Player in the UK and Germany at Discovery, and having held roles at the NFL and BBC Studios.

Motorsport Network said that Danker will be charged with driving the objectives of the Motosport.tv platform, including growing subscribers and building relationships with new commercial partners.

James Allen, president  of Motorsport Network, said: “We are very proud to have attracted a professional of Simon’s calibre to lead the Motorsport.tv business in the next stage of its growth. Simon’s profile, experience and personality are exactly what we were looking for in this extremely important recruitment. The broadcast media space is entering a time of unprecedented disruption and there are incredible opportunities in the years ahead, particularly in the motorsports arena where we operate. Simon will make sure we maximise those opportunities.”

The new Motorsport.tv CEO Danker said: “I’m delighted to be joining the talented team at Motorsport Network at what promises to be a truly exciting time for the business. With the Motorsport Network’s content reaching over 56 million passionate motorsports fans every month, Motorsport.tv now provides a home for those fans wanting their daily motorsport news, live racing series or the growing choice of on-demand content, with much more to come.