Sweden-based service provider Telia has posted solid first-quarter results, with a strong performance from its sizeable TV and media arm. 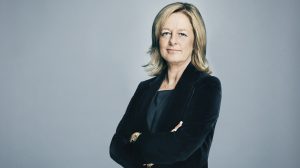 The TV and media unit posted revenue growth of 3%, with pay TV up 10% and advertising-supported free TV down 1%.

Combined with a 3% reduction in operating costs, the numbers added up to a return to positive EBITDA for TV and media for the first quarter.

TV revenues for the quarter were SEK1.9 billion, up 2.8% on a like-for-like basis, while adjusted EBITDA was SEK120 million.

“TV is a clear growth lever, and we are seeing an excellent increase in share of viewing on both linear and digital platforms in Sweden as well as Finland,” said CEO Alison Kirkby, citing the company’s 49.8% commercial viewing share in Sweden and a 36% increase of time spent on its TV4 Play AVOD platform.