Channel providers SPI/FilmBox’s new ad-based digital product Filmstream has launched on the Samsung TV Plus mobile app in the UK. 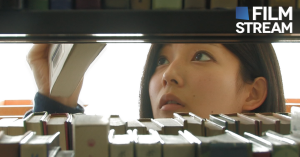 Filmstream, which offers a range of independent and classic movies, will be available on the Samsung TV Plus app for select Samsung Galaxy device users.

Samsung recently announced the launch of its Samsung TV Plus mobile app in the UK, available free of charge on the Galaxy Store and Google Play for select Galaxy device users running Android O OS or higher.

Users of select Galaxy devices will be able to access Filmstream content via the Samsung TV Plus mobile app which offers free ad-supported content spanning news, sports, entertainment and movies.

Filmstream’s catalogue includes independent world cinema and classic movies from directors such as Hitchcock, Kurosawa, Fellini and others. Filmstream plans to expand its line-up with Hollywood blockbusters and popular hits in the future.

Filmstream recently launched in India on Samsung TV Plus and is currently available to stream on select Samsung Smart TVs in India and Australia with more launches to be announced soon.

“More and more consumers are turning to their mobile devices for entertainment, which provides them with instant access to quality content. It is our pleasure to bring some of the best world cinema movies and critically-acclaimed feature films with Filmstream to Samsung mobile device users in the UK,” said Georgina Twiss, MD Western Europe and Africa at SPI International.