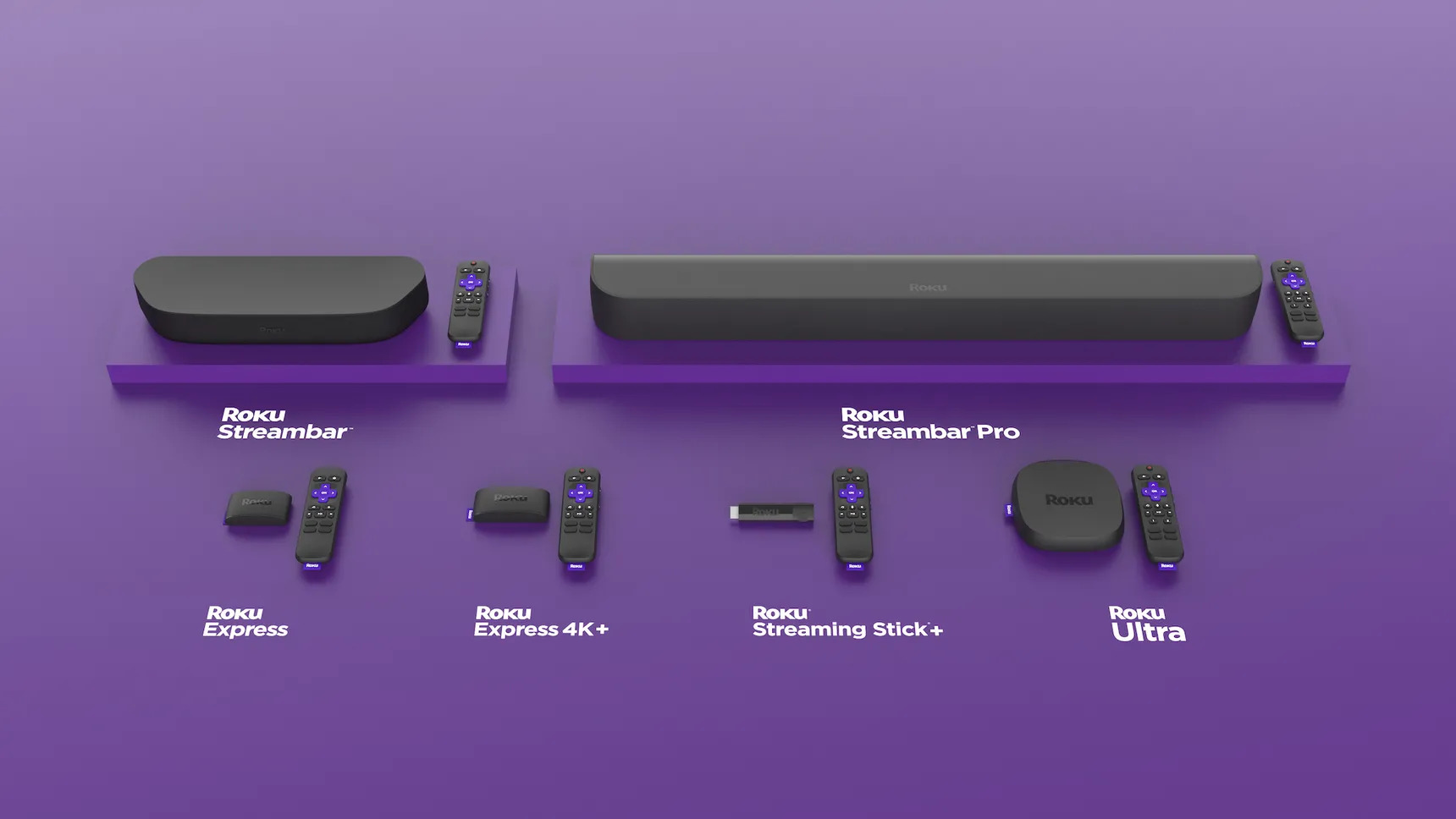 Roku has announced a handful of new devices along with the rollout of its latest OS update.

The headline launch is the new Express 4K+ streaming device which will retail at US$39.99 when it starts to ship next month. This effectively replaces Roku Premiere as the company’s entry-level 4K streaming device, and comes equipped with a faster processor, dual-band Wi-Fi along with increased story. In addition, Roku Express 4K+ is the first product from the company which supports HDR10+.

A marginally cheaper Express 4K will also be rolled out, which features the same hardware but with a standard remote instead of the voice remote that comes with the Express 4K+.

The other key difference is the market. The Express 4K+ will launch exclusively in the US, while the Express 4K will ship to Canada, Mexico and the UK, and be sold solely by Walmart in the US.

The third new Roku device is the Remote Pro, the first Roku remote with a rechargeable battery. It features a built-in headphone jack, two customisable shortcut buttons, TV controls and mid-field microphones for hands-free voice commands. It will also feature four dedicated streaming buttons for Netflix, Disney+, Hulu and – in an industry first – Apple TV. The Apple TV shortcut button will also appear on the remote that ships with the Express 4K+.

Lastly is a new soundbar, dubbed the Streambar Pro. The US$179.99 device is described by the company as “an evolution on the Roku Smart Soundbar” with refreshed hardware and virtual surround sound.

From a software perspective, Roku has announced that OS 10 – the latest iteration of its smart TV operating system – has begun rolling out.

Describing the new update, Ilya Asnis, senior vice president of Roku OS at Roku said:“The Roku OS adds new choices, more value and continues to make streaming easier and easier with each free update. With Roku OS 10, we are enabling people to get to the content they love faster through features like Instant Resume and the Live TV Channel Guide customization options, and taking the guesswork out of the more complex wireless network and gaming features by automating them. We are also adding tremendous value by expanding Apple AirPlay 2 and HomeKit support to more devices. We hope the customers enjoy the update and look forward to their feedback.”