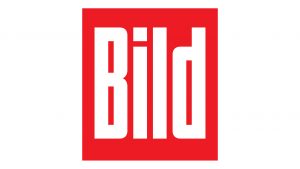 Bild plans to start broadcasting its own TV channel before the upcoming Federal election, this year’s biggest news event in Germany.

The core of the channel’s schedule will be a live programme of up to six hours daily, starting in the morning. The live broadcasting slot with news and current affairs is also scheduled to be transmitted simultaneously on N24 Doku and the timeshifted channel of Springer’s existing Welt channel.

Documentaries, in-depth reports and other formats will be added to the channel’s programming schedule. The focus will on politics, sports, celebrities, crime and other topics.

The channel is intended to be distributed free-to-air via cable, satellite, IPTV and OTT. Advertising sales will handled by the TV marketing outfit Visoon.

The plan is subject to the granting of a broadcasting licence by the Berlin-Brandenburg regional media authorities (MABB).

Bild will be produced out of a new TV unit in WeltN24 GmbH, in which Axel Springer is bundling television activities for Welt, Bild and N24 Doku. Among other things, this unit provides technical broadcasting operations and broadcast planning, distribution, and program purchasing for licensed formats.

WeltN24 GmbH chairman Frank Hoffmann as chairman of the TV unit and joint managing director Claus Strunz, managing director TV/Video at Axel Springer and a member of Bild’s chief editorial team, will be responsible for the new channel.

Julian Reichelt, who as editor-in-chief at Bild is to be overall responsible for content for Bild Live, said: “We want to make television that doesn’t lecture people, but shows what actually is. A coverage that gives people a voice and speaks from their hearts. 500 Bild reporters across the country will take our viewers with them, show and tell them live what is happening, but also listen to them and let them have their say wherever they are impacted by events.”

Strunz said: “What we aspire to is that, whenever something happens that moves our viewers, Bild will be there live. I’m looking forward to putting this goal into practice together with a great team.”

Hoffmann said: “With Welt, Bild and N24 Doku Axel Springer is creating a broadcasting family with a great deal of know-how in live reporting, a format that is becoming increasingly important. We will be using our new studios in the new Axel Springer building for BILD and WELT, giving us access to broadcasting technology that leaves nothing to be desired.”