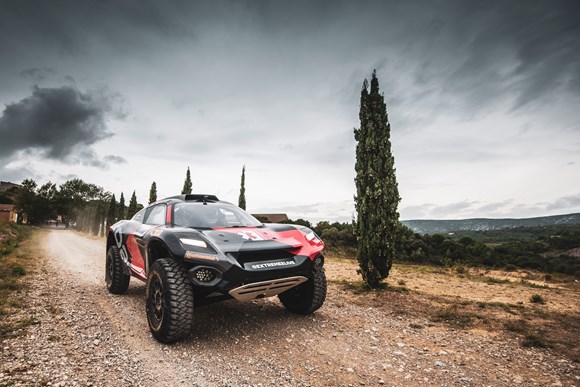 The deal will see the competition, which will make its debut in Saudi Arabia on April 3-4, broadcast in Croatia. Zagreb-based SPTV will televise all five of Extreme E’s X Prixs, including the live broadcasts, repeats and highlights in English on its linear channel and on its digital platform sptv.hr/uzivo.

Races will take place in Saudi Arabia, Senegal, Greenland, Brazil and Patagonia between April and December.

Ali Russell, chief marketing officer at Extreme E, said: “Extreme E is delighted to have signed a deal with SPTV today – not only is the channel known for its excellent coverage of a wide range of sport in Croatia, but it is also committed to highlighting issues surrounding the environment and gender equality – both of which are key messages of our series.

“I am confident that this, coupled with our thrilling and unique race format, will ensure that Extreme E is the perfect fit for SPTV’s sports aficionados.”

Petar Čavlović, general manager at SPTV, said: “As a television channel that broadcasts all sports and considers them equally important, we believe that in addition to Extreme E’s innovative sporting side, it is also vital to raise awareness amongst our viewers of important issues such as climate change and gender equality.”