YouSee customers can stream without eating into data allowance 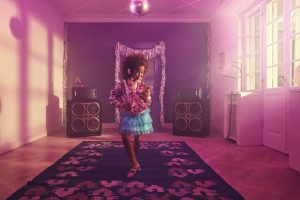 Danish service provider TDC’s YouSee arm is making its streaming apps available to its mobile customers without the need to eat into their data allowance.

YouSee Music, YouSee TV & Film, self-service app MyYouSee and YouSee voicemail will be available to YouSee mobile customers via their phone or tablet without eating into data plans.

While data used for these apps will not be deducted from data allowances, exceeding the amount of data included in subscription packages means that customers may suffer from lower connection speeds.

TDC cited statistics that showed that Danes currently stream live TV, movies and music for an average of five hours and 40 minutes a day.

“Last summer we gave our customers free data, and we can see that they really took advantage of that. In particular, we could see that the use of YouSee Music and YouSee TV & Film increased significantly. That is why we are now making it possible to use all YouSee’s apps without using the total amount of data when you have a YouSee mobile subscription,” said Jacob Mortensen, director of YouSee.

“Danes have long had a large streaming consumption, and we can see that our customers are making greater use of streaming on their mobile phones in their everyday lives. In the coming holiday periods, many of us will continue to vacation in Denmark, and now YouSee’s mobile customers can stream their favourite shows and hits, follow their favourite team or binge on all the series they like without worrying about data consumption – including when they are in a car or holiday home in Denmark.”