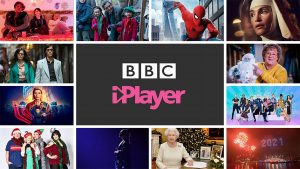 UK public broadcaster the BBC’s BBC iPlayer video-on-demand service broke viewing records over the holiday period, seeing 245 million streams over between December 21 and January 3, up by 16% on the same two weeks last year.

New Year’s Day was the biggest day for iPlayer, with 21.2 million streams, the most popular New Year ever on the service, up 18% year-on-year, driven by real-life crime-drama The Serpent.

There were also 7.93 million unique browsers on New Year’s Day – breaking the record for unique browsers visiting iPlayer in a single day. This beats the 7.8 million record set on October 31, when further lockdown restrictions in England were announced.

A new range of dramas including Black Narcissus and The Serpent also proved popular, along with long-running series Call the Midwife’s Christmas Special and the movie Spider-Man: Homecoming.

Charlotte Moore, chief content officer said: “The unparalleled range of programmes on BBC iPlayer and BBC Sounds delivered a record breaking Christmas this year. More people chose a personalised version of the BBC and sought out content on a scale we’ve not seen before from the breadth of entertainment and escapism available.”