Euronews teams up with UPB to launch Romanian channel

International news channel Euronews has signed a partnership with University Politehnica of Bucharest (UPB) to launch Euronews Romania, a new channel aimed at a Romanian-speaking audience. 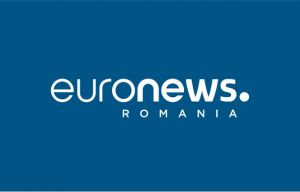 Euronews Romania will be a branded affiliate of Euronews that will deliver local, regional, national and international news on TV and digital platforms, according to the broadcaster.

Over the last two years, Euronews has already launched three other similar branded affiliate projects, but Euronews Romania is the first to be launched in the European Union. It will build on existing TV service UPB Sigma TV.

Euronews Albania started broadcasting in November 2019 and Euronews Georgia in September 2020. Euronews Serbia meanwhile will begin to air in the spring of 2021.

Euronews’ English language edition is already available in Romania, but the new project aims to bring European news to Romanians in their own language, said Euronews.

The new channel will have its own team of journalists and correspondents across Romania, and also in Brussels. Ahead of its broadcast launch, over 100 members of staff will be recruited locally. The Romanian channel’s editor-in-chief will be hired by Euronews and will be a Euronews employee.

An editorial board chaired by Euronews will define strategic editorial orientations, the general editorial line and the balance of programmes.

Michael Peters, Euronews CEO, said: “We are very proud of the agreement we have reached with UPB. We have found a trusted partner for an ambitious project. Romania has a very competitive media market with several existing news channels. But we believe that Euronews Romania will deliver a unique offer which is missing today in the national media landscape. Unapologetically impartial, rooted in our European DNA, Euronews has always offered a distinct perspective on news. As Euronews has always done, Euronews Romania will, with objectivity, balance, and accuracy, provide a strong European perspective on news.”

Mihnea Costoiu, Rector of UPB, said: “We are one of the largest and most prestigious universities in this part of the world, and our strategic goal is to meet the challenges that society is facing. Our mission does not stop at transmitting knowledge, developing skills and abilities or carrying out research projects. We also have the responsibility to help citizens be more engaged in society, have a critical spirit, and to promote freedom of information, democratic and European values. Moreover, creating a community around the university, based on values such as inclusion, cooperation, communication and solidarity, is essential. Thus, through this approach, our goal is to bring a strong, dynamic and objective voice on the Romanian media market. What better place to host freedom of thought and expression than a university with two centuries of tradition? We believe that, by providing quality journalism and unbiased information to an audience that needs them more than ever, Euronews Romania is not only a media achievement, but also an educational initiative.Through Euronews Romania, we join a European family recognised for quality journalism. We thank our partners for their trust and welcome them to the UPB community.”