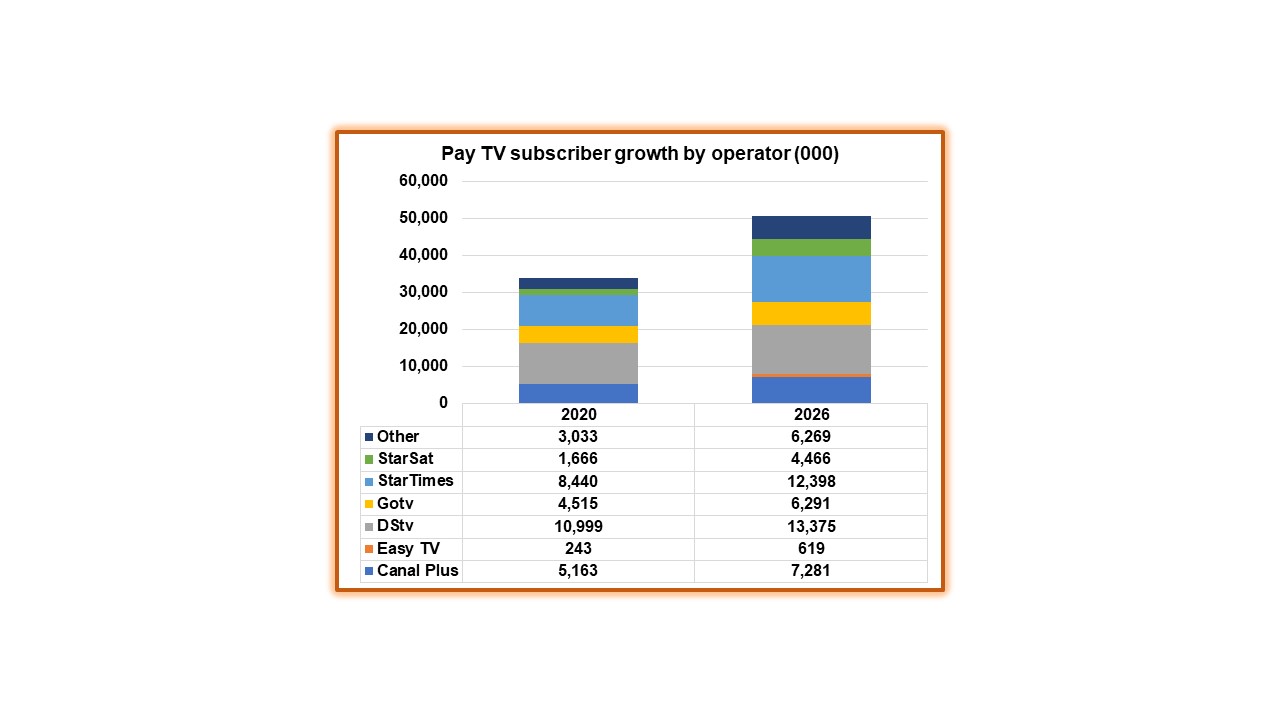 The African pay TV market is set to reach 51 million subscribers by 2026.

According to Digital TV research, nearly 17 million pay TV subscribers will be added between 2020-26 to take the total to more than 50 million.

Nigeria will be the largest single country with 11 million subscribers, followed by South Africa which will bring in an additional 9 million.

In terms of operators, DStv will continue to be the largest single player with 13.37 million subscribers, up from 10.99 in 2020. StarTimes/StarSat, which operate as different providers, will have 12.39 million and 4.47 million subscribers respectively, establishing the Chinese company as a major force on the African continent.

Elsewhere, Vivendi will add to its 5.16 million Canal+ subscribers to reach 7.28 million, while GOtv will be at 6.29 million. Easy TV will have a modest 619,000 subscribers, while an amalgam of other players will hit 6.27 million.

Simon Murray, Principal Analyst at Digital TV Research, said: “Multichoice had 15.51 million subs across satellite TV platform DStv and DTT platform GOtv by end-2020. This total will grow to 19.67 million by 2026, with a marked slowdown of satellite TV growth.”