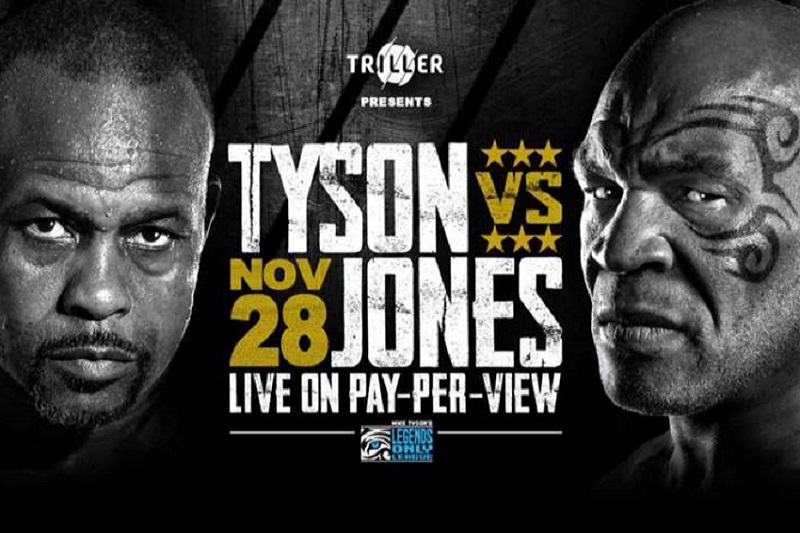 The fight, taking place on November 28 at 9PM EST, will be available on PPV through cable and satellite providers internationally, and on the FITE.tv website and app. Triller, the video making and social media app, will also show and produce the event, with its co-founder Ryan Kavanaugh describing it as “a one-time, once-in-a-lifetime battle,” and that Tyson “transcends all mediums.”

FITE COO Michael Weber said that the company is “excited to be a part of this pop cultural event,” and added that “advance sales for this event will make this the most watched event in our 5-year history of streaming live sporting events.”

Weber noted that its partners, such as BT Sport in the UK, “are also reporting advance sales that will put it on par with other top UFC and Boxing events in the past few years.”

The event will also feature YouTuber Jake Paul take on basketball star Nate Robinson, along with a number of other bouts from current professional boxers and musical performances from the likes of Lil Wayne and Wiz Khalifa.

The headline bout between two retired icons of the sport has been hotly discussed by pundits. Some have questioned whether it is a real contest, while others in the industry have branded it a ‘farcical event’ between two ‘fifty-somethings’ who are only interested in the money.

Triller’s Kavanaugh has refuted that claim, saying: “Anyone who is saying this isn’t a real fight, or there won’t be a knockout or winner is now realizing uh oh…this is real. I think people were just in disbelief they were actually going to witness a real Tyson fight. But it is as real as real gets. There will be a winner. Knockouts are allowed.”