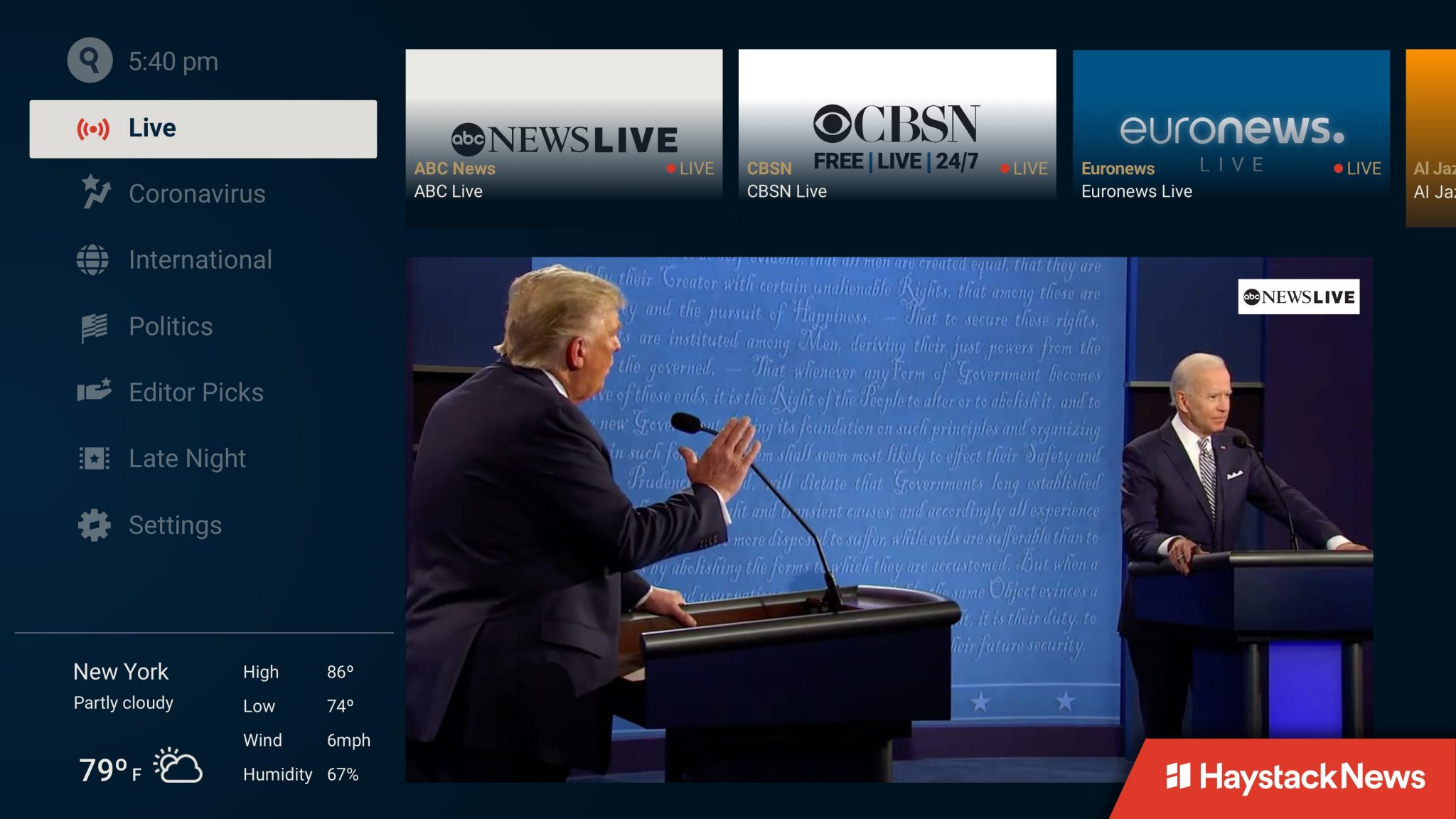 Haystack has built up its name as an aggregator of local, national and world news content, but will hope to reach a new audience with the addition of 16 channels, led by Disney’s ABC News Live and CBSN from ViacomCBS, along with the likes of Al Jazeera, Euronews, Newsmax, Yahoo Finance and a number of live local news broadcast stations from across the US.

Daniel Barreto, co-founder and CEO of Haystack TV, said:  “Adding 24/7 live news is the culmination of an incredible 2020 for Haystack News. Haystack News is now available on every major Smart TV brand and streaming device. We have added more news partners, approaching 350 total partners and have extended our lead in providing streaming’s largest portfolio of local, national and world news.

“Haystack News has proven its appeal to consumers and ad partners alike as the ultimate one-stop shop for AVOD news, with surging growth and usage. The seamless integration of live viewing – our #1 most-requested option from consumers – from ABC News Live, Euronews and so many other quality voices in local, national and world news fortifies Haystack News as the preferred AVOD news destination of choice.”