RTL Group has completed the sale of its entire shareholding in Vancouver-based YouTube multichannel network BroadbandTV to BBTV Holdings Inc., for €102 million. 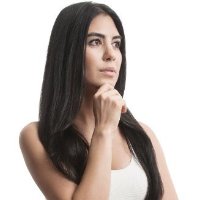 RTL said its exit from Broadband TV was consistent with its three-priority strategy of ‘core, growth, alliances and partnerships’, which includes continuously reviewing its portfolio and growing its European digital assets in the areas of streaming, advertising technology and digital video.

The sale comes as BroadbandTV launches its own IPO on the Toronto stock exchange. The moves leave founder and CEO Shahrzad Rafati as the outfit’s controlling shareholder with around a third of the equity but 83% of voting shares.

The IPO enabled BroadbandTV to lay claim to have launched the largest flotation on the Toronto exchange of a company “with a sole female founder and CEO” in the technology sector.

““We are breaking important new ground and paving the way for countless women and girls who envision a future with more potential to be leaders. I hope they can see themselves in this moment and realise that no achievement is out of reach, no matter what corner of the world you come from. As a proud Canadian, this is a moment in our nation’s history worth celebrating, and a testament to how diversity can foster a more equal and representative world while also powering a prosperous economy,” said Rafati.

““In a world where new platforms continuously emerge and supply and demand for video are rising, content owners need a comprehensive solution to help them navigate the complex and expansive digital video landscape. That’s exactly what we solve for. BBTV is the only provider of end-to-end solutions for content owners of any size to help them build, engage and monetise their audiences.”

In 2013, RTL Group acquired a 51% majority stake in BroadbandTV for €27 million. Last year it decided not to exercise an option to acquire the remaining part of the company despite growth in revenue from the unit.

At the same time, the Luxembourg-based international broadcast outfit unveiled plans for a continued focus on digital assets in Europe,  combining its digital video business in the Nordics, United Screens, with Divimove, its Berlin-based digital video company, and integrating its Dutch RTL MCN into the combined entity to create what it described as Europe’s leading digital studio.

Following its initial investment in BroadbandTV, RTL injected further capital into the MCN amounting to €19.8 million in the form of debt. These loans, including interest, will be replaced by a new promissory note of the newly listed entity BBTV Holdings Inc. with a December 2021 maturity date.