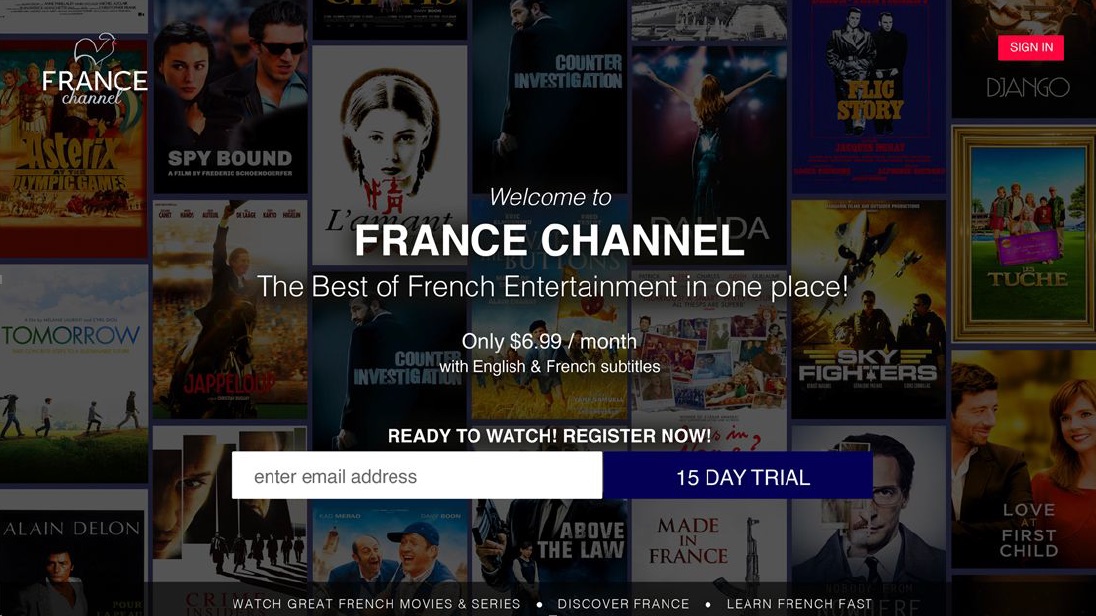 France Channel, a BritBox-like international SVOD service for French original programming, is to launch in the US early next year after concluding an agreement with Netgem to provide its distribution technology platform.

The service, the brainchild of former France Télévisions and Canal+ executive Julien Verley, will deliver French original programming abroad, with the US service to be available for US$6.99 a month. Verley, who quit France Télévisions, where he was in charge of the much-delayed Salto project, in June 2019 to focus on France Channel, intends the service to focus on markets where French content is not already widely distributed. The main focus on will be on English, Spanish and Chinese-language markets.

The new service brings together in a single place a range of programmes covering movies, TV series drama, animation, documentaries, and other shows.

France Channel will be aggregated on the Netgem multiscreen platform that has already been deployed in France under the MyVideofutur brand service and in the UK with Netgem TV for fibre Internet Service Providers.

Netgem will provide France Channel with distribution as a service, enabling SVOD in multi-screen mode. The application will be available on iOS, Android, web browsers – Chrome, Firefox and Edge – and on Roku, the leading streaming device in the US.
Mathias Hautefort, Netgem Group CEO, said: “We are very pleased to take part in this ambitious project alongside France Channel and to help French programming reach more audiences and cross new borders. France Channel can count on our know-how in creating immersive user experiences and the strength of our multi-screen content platform, currently deployed to a number of telecomoperator customers in France and the UK.”

Verley, president and founder of France Channels, said: “The partnership with Netgem is strategic for the development of our international service. We are delighted to kick off this journey with a recognised technology player who shares with us the vision for this unprecedented project. We’re looking forward to becoming the go-to destination for all French and French culture enthusiasts in the US and beyond.”