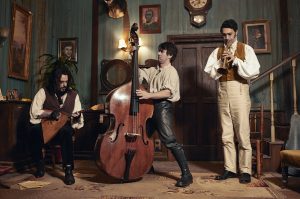 What We Do In The Shadows

Nascent UK-based AVOD service W4free has announced a handful of content partnerships that will add upwards of 100 titles to the platform.

The deal will see a range of films added across genres like cult classics, horror, comedy and Christmas from the vaults of 101 Films, Metrodome, Palisades Tartan and Central City Media.

Prominent titles include cult classic Jabberwocky, the Taika Waitit-directed vampire mockumentary What We Do In The Shadows, and hidden gems such as The Deep, Thirst and Prince Avalanche starring Paul Rudd and Emile Hirsch.

Sharp, W4free’s chairman, said: “With the winter approaching, holidays coming up and more restrictions on going out, we are adding a host of movies to the service that viewers can enjoy wherever and whenever they want.

These deals underscore our continued commitment to provide consumers with a wide variety of curated entertainment on demand and always for free with many more to be added in the coming months.”

The company added that these titles will begin rolling out on W4free from November.