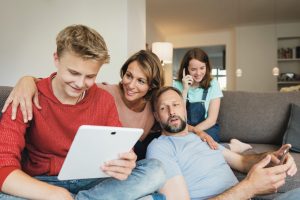 Vodafone España has launched One Hogar Ilimitable, a new set of convergent packages combining what the company describes as the best mobile and fixed connectivity on the market with an offering that encompasses movies and series and IoT services.

Vodafone said it was launching the new packages – which will be available from October 13 – in the context of growth in demand for connectivity with guaranteed quality.

The operator is combining 5G mobile connectivity with fixed broadband from 600Mbps to 1Gbps, which it says will permit 25 devices to be connected to the internet simultaneously.

The offering also includes Super WiFi, offering whole home WiFi coverage, and OneNumber. Which allows users to share data and voice among a number of different devices including tablets, smartwatches and second phones.

On the TV front, Vodafone One Hogar Ilimitable includes over 100 thematic channels, including movies and series services such as Fox, TNT and AMC, documentary channels such as Nat Geo, Historia and Discovery, kids offerings such as Disney Jr, Nickelodeon and Panda, music such as MyMTV, which is only available via Vodafone, and sports channel Eurosport 1. The packages also include access to 40,000 on-demand titles and SVOD services HBO España and Amazon Prime, along with a 4K set-top box.