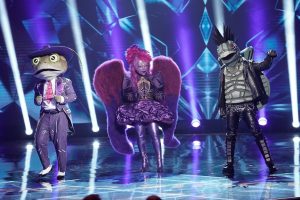 TV Channel “Ukraine” has accused rival network 1+1 of piracy over its show Maskarad (The Masquerade).

The broadcaster, owned by TRBC Ukraine, has said that Maskarad, which was broadcast on October 3, “illegally used the elements of the world-famous format of The Masked Singer.”

The Masked Singer is a music game show which first originated in South Korea in 2015, and has since gone on to become a global phenomenon with versions in over 30 countries including the US, the UK, Italy, Spain and Russia.

TV Channel “Ukraine” purchased rights to the format from Freemantle in Spring 2020, with its version of the show, Маска, set to debut this year.

However, 1+1 has started airing its own version of the show which TV Channel “Ukraine” says clearly violates its copyright. In a statement, the broadcaster said that the “piratic behaviour” of 1+1 “violates the rights and legal interest of TV Channel “Ukraine”.”

TV Channel “Ukraine” added that it is going to address FRAPA (Format Recognition and Protection Association) regarding the protection of its rights, and that it is currently in talks with current Minister of Culture and Information Policy of Ukraine Oleksandr Tkachenko – who also used to be the head of 1+1.

The broadcaster’s statement said: “The undisguised plagiarism by the nation-wide broadcaster that lost the competition to purchase the rights to adapt the successful international format to TV Channel “Ukraine” contradicts the principles of fair competition in the national market of audiovisual works.

“It ruins the legal bases for creating a civilized market of copyright as well as the international reputation of Ukraine as a country in which broadcasters respect and protect the copyright.”

Fremantle, which owns the Masked Singer format, backed TV Channel “Ukraine” in the dispute, saying: “We are obviously very disappointed by 1+1’s actions. Despite reassurances they gave to us and to The Masked Singer’s format owner MBC that they would be making a genuine version of Mysteries in the Spotlight, it is very clear that in fact the show they have produced is much closer to The Masked Singer than it is to Mysteries.

“We will be referring the matter to FRAPA, the format industry association dedicated to the protection of formats, to get their view on what 1+1 have done and then will agree with our partners TRK Ukraine and MBC an appropriate response”.