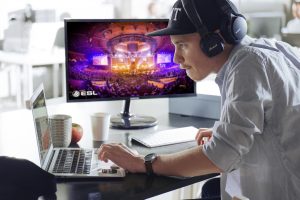 ESL Gaming is the world’s largest esports brand while DreamHack is described by MTG as “the premier gaming lifestyle company”. MTG acquired the pair in 2015, and has announced their merger in order “to increase competitiveness, accelerate products and events innovation and to offer the widest portfolio to the market.”

The alignment will combine the resources and expertise of the esports industry that has been built up over two decades. The new company will go under the ESL Gaming brand with expanded flexibility and skills to meet the changing desires, demands and needs of its fans, community, players and partners while reaching a broader audience.

Maria Redin, president and CEO of MTG said: “This is an important step to cement our leading position in esport and gaming lifestyle, and an important milestone in our ownership in both ESL Gaming and DreamHack. The combination will create significant shareholder value both short term through the more efficient organization and operations and long term, through the superior products that the new combined entity can offer the market.”

This is the first major shakeup within MTG under Redin since she assumed the role in September. The appointment followed the July resignation of Jorgen Madsen Lindemann, who continues to act as an adviser to the company until the end of his notice period.

Redin, who has been a member of the group executive management team since 2015, has been key to MTG’s development of its esports and gaming businesses, through her representation on the respective companies’ boards. She joined MTG in 2004 as a management trainee and has held a number of financial management positions, as well as being the CEO of MTG’s former gaming entertainment company, Bet24.