Modern Times Group (MTG) has named its chief financial officer Maria Redin as president and CEO with immediate effect. The appointment follows the July resignation of Jorgen Madsen Lindemann, who will continue to act as an adviser to the company until the end of his notice period. 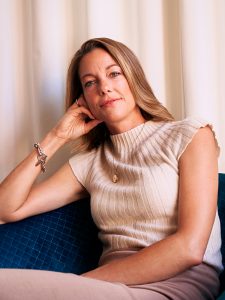 Redin, who has been a member of the group executive management team since 2015, has been key to MTG’s development of its esports and gaming businesses, through her representation on the respective companies’ boards. She joined MTG in 2004 as a management trainee and has held a number of financial management positions, as well as being the CEO of MTG’s former gaming entertainment company, Bet24.

Torstensson is currently EVP, communications an Investor relations and will combine the CFO role with his current responsibilities. he joined MTG in 2019 after holding senior management positions at Sweco and Tele2.

David Chance, chairman of MTG’s board, said: “I would like to congratulate Maria on her appointment as Group President and CEO of MTG. She has proven herself over many years at MTG to be a strong and inspirational manager. She knows our business extremely well and, although the Board considered a number of excellent external candidates for the role, her background and skillset were felt to be an excellent fit against the criteria and requirements that the Board considered in making its decision. She is highly respected by her colleagues in our portfolio companies and the continuity she provides will allow MTG to continue to build and strengthen our gaming and esports businesses.”

Redin said: “I am both humbled and proud to take on this new role and lead MTG at a time of both challenges and great opportunities. The company has a strong legacy of innovation and transformation, with many talented people and world class portfolio companies. We are uniquely positioned to deliver on our mission to become the home of esports and gaming entertainment.”