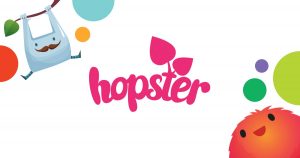 Hopster, the fast-rising pre-school kids app, has been added to the Virgin Media platform in the UK.

The app is designed for children aged two to six and promises to provide “a safe, ad-free environment for youngsters to learn through the stories they love.” Content ranges from entertaining classics like Pingu and Sesame Street to educational shows such as Monster Math Squad and informative programmes from other corners of the world like African cultural show ​Bino and Fino​. Hopster will also launch a new original series this month which will introduce viewers to the works of William Shakespeare.

All content on Hopster has been selected by experts and leading academics in childhood education and cognitive development to align with the Early Years National Curriculum.

The app typically costs £3.99 per month, but will be included at no extra expense to subscribers of the Ultimate Oomph bundle or £5 per month Kids TV Pick bundle – the latter of which also includes popular channels like Cartoon Network, Boomerang and Nickelodeon (though not the Disney Channel, which will switch off from linear TV in the UK on October 1).

The Hopster app can be accessed via the ‘Games & Apps’ area of the Virgin TV set top box.

David Bouchier, chief TV and entertainment officer at Virgin Media, said: “As we approach the colder months, parents with preschool-aged kids now have a new way of keeping the little ones occupied at home. We have included Hopster, the edutainment SVOD app, in our pay TV offer. Hopster is 100% ad-free and offers a range of teacher-approved programmes, meaning it’s perfect for busy parents who are looking for virtual entertainment ideas.”