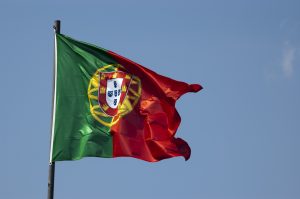 The pay TV industry in Portugal has seen modest growth of 4.1% in the first half of 2020, bucking an international cord-cutting trend.

According to Autoridade Nacional de Comunicações (ANACOM), the country’s national regulatory authority for the communications sector, 89.3% of Portuguese households have a pay TV subscription, up 3.3% in the same period of 2019.

The regulator attributed this significant spike in pay TV subscribers to an increase of offers based on FTTH. Such subscribers increased by 263,000, up 14.8% from 2019 and surpassing two million in total.

Despite the status quo remaining the same, the trend of DTH and ADSL subscribers cutting the cord slowed down against the trend. ANACOM noted that this “could be  associated with the impact of Covid-19 on the activity of the providers and on the needs of the users.”

Another fallout from the pandemic was the March 13 suspension of Portugal’s DTT switchover which is yet to resume.

Vodafone and MEO have performed the best over the past year in relative terms, with subscriber growth at 0.9% and 0.3% respectively. NOS Group and NOWO both dropped 0.3% of their subscriber base in H1.