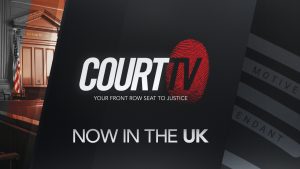 E.W. Scripps Company-owned US channel Court TV has launched in the UK. Court TV is now available on Sky’s pay TV platform, with more distribution agreements expected to be announced.

Court TV’s UK channel provides viewers access to, and analysis of, true-life courtroom dramas taking place in the US. Daytime trial coverage in the US will air in primetime in the UK to take into account the time difference between the two countries.

For UK audiences, Court TV is planning content to explain the differences between the two country’s systems, including why cameras are allowed in courtrooms in the US but not in the UK.

Katz Networks and Scripps rebooted Court TV, which originally ran in the US for two decades until 2008, in May 2019.

Upcoming US trials Court TV plans to cover and air both in the US and the UK include those of the accused in the George Floyd and Ahmaud Arbery cases as well as that of R Kelly.

The UK launch of Court TV coincides with the 25th anniversary of the O.J. Simpson murder trial verdict, which saw the former American football star and celebrity found not guilty of double murder in 1995. Court TV will present a marathon of its 25-episode original docuseries OJ25, which looks back at the case.

“There’s been nothing like Court TV in the United Kingdom until now. American crime dramas have long been a staple on television worldwide, including the UK, while global consumer interest in the real-life drama of true-crime programming has skyrocketed, with American reality crime content as the most-watched. Court TV is the only network covering these cases and these events live, as they happen, from start to finish. We anticipate viewers in the UK will embrace having a front-row seat to American criminal justice,” said Jonathan Katz, president and CEO of Katz Networks, part of The E.W. Scripps Company.