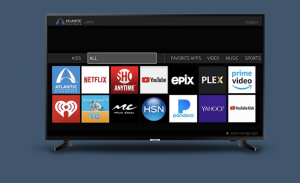 Altice USA, the European-based service provider’s US offshoot, has made an offer to acquire the ninth largest American cable operator, Atlantic Broadband, through the purchase of the outstanding shares of Canada-based Cogeco Communications, its owner.

However, Cogeco executive chairman Louis Audet and his family, who control multiple voting shares as controlling shareholder, have indicated via the Cogeco board that they will reject the move, despite Altice USA offering a premium of C$800 million to the Audet family specifically for their stake in Cogeco. The offer includes C$106.53 per share for the other shares in the company, representing a premium of 30%.

The family’s investment vehicle, Gestion Audem, has indicated it will not sell its shares and will not support the proposal.

Altice USA has made an all-cash offer of C$10.3 billion (€6.6 billion)  for Cogeco, including C$4.8 billion (€3.1 billion) for the company’s US assets. The proposed deal would involve a subsequent sale of Cogeco’s Canadian assets to Rogers Communications, currently Cogeco’s largest long-term shareholder, ultimately giving Altice USA control of Atlantic Broadband and Rogers control of the Canadian operation.

The acquisition would give Altice USA a presence in 11 Us states on the country’s East Coast, adjacent to its existing Optimum and Suddenlink networks.

Altice USA has grown in stages by acquisition since its acquisition of Suddenlink five years, followed by Cablevision a year later. Last month, the operator acquired New Jersey-based Service Electric Cable TV as its latest purchase.

If all the pieces were to come together, Altice USA has said it envisages completing the acquisition within six to nine months of signing definitive agreements, subject to approvals.

Cogeco was at one time owner of Portuguese cable operator Cabovisão, which it sold to Altice in 2012 to focus on the North American market. Altice subsequently sold Cabovisão – now known as Nowo – to funds led by Apax Partners to secure regulatory approval for its acquisition of Portugal Telecom/Meo.