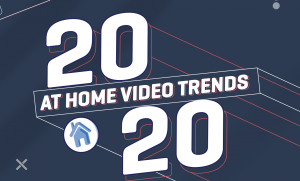 UK video customers have increased monthly spending on online streaming services by over £100 million (€110 million), or over 25%, since the country’s COVID-19 lockdown began in March, according to a new report by Grabyo.

According to the report, 82% of UK consumers currently pay for video services, with a third of these paying video customers subscribing to at least one new streaming service since March 2020. Using the ONS statistics for the UK adult population, the findings of the report suggest an increase of over £100 million monthly spent on streaming, according to Grabyo

Some 80% of streaming customers surveyed reported they are planning to continue with the same amount of streaming subscriptions once social isolation measures are lifted in the UK.

Overall, online streaming services have 65% market penetration in the UK, with total adoption up 7% since January 2020.

Pay TV subscriptions on the other hand have dropped 9% giving a current penetration of 53%.

Growth in online streaming subscriptions has risen more than 20% for the over-50 age group since March, with 60% of UK video customers aged between 50-64 now paying for online streaming.

The report found that 64% of UK video customers now paid for two or more streaming services up from 50% in January.

Customers with four or more subscriptions have increased by 100% since January, whereas the number of consumers with only one subscription has fallen by 18%.

Sone 2% of the UK’s streaming customers spend up to £20 per month on video subscriptions, which equates to two or three video services, while 20% spend between £21 and £50.

Some 60% of pay TV customers said that they had already cut the cord or planned to within the next five years. However, while Grabyo’s January survey found that pay TV would have a market share of just 28% in five years, this has risen to 40% in the more recent survey.

Grabyo’s report also found the shift to digital consumption is also accelerating for ad-funded video services. Free-to-air linear TV audiences have decreased by almost 15% since January, reaching 53%, while the number of consumers using social media regularly to watch video has increased to 68%.

Grabyo’s UK At Home Video Trends 2020 report surveyed over 2,000 UK consumers on their video consumption and purchasing habits, following a previous survey of 2000 consumers in January.

“The COVID-19 pandemic has permanently accelerated the shift to online streaming in the UK. With most of the UK population staying at home, online streaming and pay TV are going head to head in the at-home arena, competing on price, flexibility and the quality and breadth of content. Our findings show that online streaming has come out on top and these changes in the market are here to stay.”  said Gareth Capon, Grabyo CEO.

“Back in February our Value of Video report stated that the future of the TV is the internet, and predicted this future wasn’t far away. This report reinforces that trend. Streaming services have been the big winners with consumers forced to stay at home.”