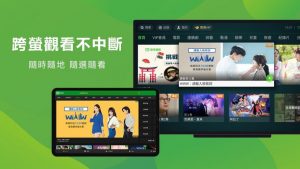 Streaming services are set to be the latest arena for the ongoing dispute between Taiwan and China.

China has historically claimed Taiwan to a sovereign Chinese territory, but this has been refuted by Taiwan and its population. As such Taiwan is a self-governing democracy, but there are mounting fears in the 24 million-strong country that the Chinese government is trying to influence the populous via the internet.

In its latest attempt to rebuff the influence of the PRC, Taiwan’s Ministry of Economic Affairs  and National Communications Commission has announced that it will stop the local sales of Chinese streaming services such as iQiyi and Tencent Video – but it will not block their access.

As of September 3, Taiwanese companies will be barred from selling or operating as sales agents for such services. This cuts off a loophole which the Ministry said made it so that the likes of iQiyi were “operating illegally”.

These new rules prohibit any Tawainese individual or company from providing services to Chinese streaming operators and distributing their content, much of which the Taiwanese government feels is pro-PRC propaganda.

The services themselves will still be accessible, but this makes it much more difficult for prospective users to sign up. In comments to Reuters, National Communications Commission deputy chief Wong Po-Tsung said that “people can still watch and pay for overseas subscriptions.” Taiwan has committed to having a free internet and, unlike in China, citizens are able to access western websites and services like Google and Facebook.

This follows from a May ruling that Chinese streamers would not be allowed to advertise their services in Taiwan.

Baidu-backed iQiyi responded to the new ruling by arguing that it should “not become the specific target of legislation” and that “We wish to see the Taiwanese government departments involved recognise the benefits of an open market economy.” iQiyi has consistently said that the government does not influence its content.