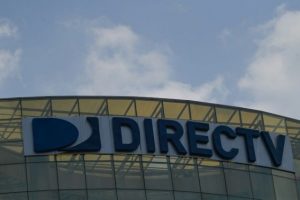 A Chilean investment firm has reached an agreement with AT&T to buy DirecTV’s Venezuelan business.

Scale Capital SA, whose managing partner Oliver Flogel is Telefonica Chile’s former CEO, announced the move and restored the operator’s signal on Friday, following the decision of debt-encumbered AT&T to shut down operations in May.

Operating within the existing DirecTV infrastructure, Scale Capital said that the service will be free for the first 90 days and that former DirecTV head, Alexander Elorriaga will take over as the new company director.

Prior to the abrupt shutdown, DirecTV was the leader in the local pay TV market with approximately 45% of Venezuela’s total pay TV users.

Financial terms have not been disclosed, but it is unlikely to have made a significant dent in AT&T’s US$151 billion debt.

While the company’s video business has struggled in recent times – it lost almost a million customers in the latest quarter alone – the decision to pull out of Venezuela was not financially driven and instead was motivated by politics.

In May, the operator announced that it would cease operating in the country due to being caught between restrictions imposed as a result of US sanctions and mandates from the Venezualan government to heavily censor content.

In the fallout, president Nicolás Maduro jailed three DirecTV executives on suspicion of fraud, boycott and destabilising the economy. The three execs, Hector Rivero, Carlos Villamizar and Rodolfo Carrano, were prohibited from leaving the country on July 13 and were ordered to appear before a court every 15 days. Having been pulled into intelligence police headquarters in Caracas, they were released on Friday night after the signal was restored.

The president took to state TV after the signal was restored and said: “I hope the reconnection is made and that Venezuela continues to strengthen all its television systems.”