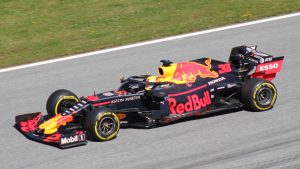 AMC Networks International – Central and Northern Europe (AMCNI CNE) has extended its exclusive broadcasting deal with Formula 1 in the Czech Republic and Slovakia.

The deal will see Sport1 and Sport2 continue to broadcast the premiere motor racing competition through until 2023. The TV rights package also includes F1’s support championships, Formula 2 and Formula 3, with the broadcasters airing live coverage of almost 14 hours of action across a race weekend.

The broadcaster said that its viewership of the competition continues to grow in the region thanks to a dedicated presentation and commentary team, along with the F1’s popular magazine show.

Michaella Snoeck, head of media rights at Formula 1, said: “We’re delighted to extend our partnership with AMCNI CNE as they continue to provide top quality broadcasting to F1 fans in the Czech Republic and Slovakia, where the sport’s popularity continues to rise. This extended partnership means F1 fans in the region won’t miss a moment of action across a race weekend for the next three seasons, as the sport enters an exciting new era.”

Levente Málnay, EVP of AMCNI CNE said: ”We’ve distinguished ourselves by consistently offering compelling, premium quality sports content in the Czech Republic and Slovakia. The renewed partnership will build on the strong relationship Formula 1 and AMCNI CNE’s sports channels have established in recent years. By securing this crown jewel of sports rights for the upcoming years, we’re proud to remain a reference point for all speed motorsports enthusiasts in these territories.”

It is also the latest deal for the F1, following a renewed rights deal with Sky in Italy.