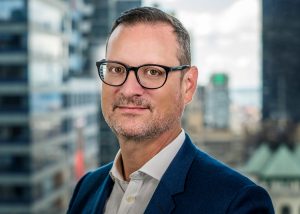 The company said that the ad platform will serve as a single transactional point of entry for digital video content from its portfolio.

In effect, EyeQ will allow advertisers to run campaigns across all of ViacomCBS’s video platforms in the US, including BET, CBS Television Network, CBS All Access, CBSN, CBS Sports HQ, Comedy Central, MTV, Nickelodeon, Paramount Network, Pluto TV and VH1. The company said that these have a combined viewership of 150 million per-month across all content and all devices.

ViacomCBS promises that EyeQ will simplify transactions and reporting across its portfolio and that it will support a variety of transactional models depending on advertiser preference. These models include content segments, broad demographics and strategic segments.

John Halley, chief operating officer of Advertising Revenue at ViacomCBS, said: “The launch of EyeQ marks the arrival of one of the biggest premium video platforms in digital media. In unifying the operating backend and go-to-market of three large pre-existing players – CBS Interactive, Pluto TV, and Viacom Video – we have consolidated a massive audience footprint that will deliver quality, scale, and capabilities that cannot be matched.”

David Lawenda, EVP of Digital Sales and Strategy at ViacomCBS, said: “EyeQ is game changing. It is a portal into 50 million highly engaged, full-episode viewers watching our content each month, with 80% of the consumption happening on TV glass. And ViacomCBS can now offer unified buying and frequency control across all of that scale, which is aligned to the needs of an advertising marketplace that is increasingly focused on incremental reach.”

ViacomCBS EyeQ will launch in Autumn 2020.