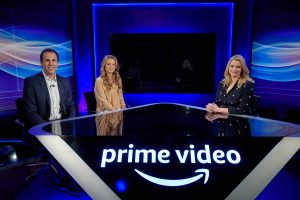 Amazon has announced a summer schedule of tennis broadcasting as sports continues to mount a comeback in a post-lockdown world.

Coverage will start with the 31st Palermo Ladies Open WTA event from August 3, followed by the WTA and ATP tour Western & Southern Open in New York from August 22. The summer will be rounded out by the US Open Grand Slam from August 31 to September 13. The US Open typically seen as the fourth and final major tournament of the year, though the unique conditions of 2020 have seen the French Open rescheduled to late September and Wimbledon cancelled altogether.

The coverage will be available to Prime Video customers at no additional cost, with Amazon claiming that this will be the first time that top men’s and women’s tennis will be viewable in one place.

Alex Green, MD Prime Video Sport Europe, said: “We’re excited to be bringing back live, global tennis, including the ATP, WTA and US Open, to Prime Video customers in the UK & Ireland at no extra cost to their Prime membership. We know that fans across the UK and Ireland have been missing live tennis, especially during the summer. Viewers can look forward to the return of our studio coverage with first-class presenters and commentators across both men’s and women’s tours, all in one place on Prime Video.”

Amazon is placing an increasing amount of focus on live sports as it looks to differentiate itself from the likes of Netflix. Most notably is its coverage of the English Premier League, to which it currently has rights for 20 matches per season across two match days. It reportedly paid £90 million for the Premier League, and it is believed that the tech giant will look for a larger number of matches at the next rights auction.