MIPCOM to run over three days without stands 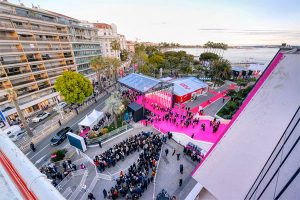 MIPCOM 2020 will not have exhibition stands in or around the Palais des Festivals, while organisers Reed Midem have also shifted kids show MIPJunior to run at the same time as the main event.

The three-day event will also change its name to MIPCOM RENDEZVOUS CANNES, taking place from Monday to Wednesday, 12-14 October.

MIPJunior, which normally takes place at an external hotel during the preceding weekend of MIPCOM, will be moved inside the Palais des Festivals and will run at the same time as MIPCOM RENDEZVOUS CANNES.

The new three-day format without stands, which Reed Midem said had been developed following consultation with clients, will see a new show floor plan being launched offering an “open-space lounge concept to facilitate in-person business meetings.”

Organisers said MIPCOM ONLINE+, the new digital service first rolled out at MIPTV, would “offer a truly hybrid market experience” by extending reach for delegates unable to travel to Cannes. A curated program of conferences and screenings remains in place.

The changes come a month after MIPCOM organisers Reed Midem outlined their plans for what is normally the biggest TV event on the circuit, but which is facing major disruption as a result of Covid-19 restrictions.

However, numerous major companies have this week pulled out of having a physical presence at the event, with BBC Studios the first to confirm its non-appearance earlier this week, as revealed by DTVE sister title TBI.

Since then, it has emerged that companies including ITV Studios (ITVS), Fremantle, A+E Networks and Entertainment One will also not have a physical presence, while Sony Pictures Television is also understood to have pulled its attendance.

Most companies are planning digital alternatives with plans yet to be revealed, but ITVS said it would be launching a three-week virtual event titled Fall Festival. That event is slated to start on 14 September.